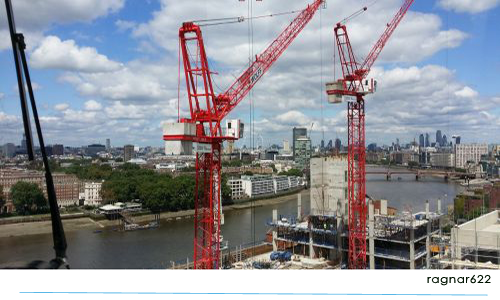 London Mayor Sadiq Khan has said he told Prime Minister Boris Johnson “forcibly” that construction workers should not be going into work.

Mr Khan said he advised Mr Johnson at a Cobra meeting on Monday that quite a lot of construction is not “critical or essential”.

The PM placed the UK on lockdown on Monday evening.

After more scenes of packed Tube trains on Tuesday morning, Mr Khan was asked if construction workers in London should be among the travellers.

“According to the Government’s advice the answer is yes.”

His comments came as builders and construction workers said they felt “angry and unprotected” as they turned up to work on building sites following the introduction of the stricter coronavirus measures.

British Safety Council chairman Lawrence Waterman said on Tuesday that all non-essential construction work should be stopped so that workers can stay safe.

He added: “The construction sector needs clarity from the Government – on most sites social distancing will be impossible or simply unsafe.

“All non-essential construction should end now so that construction workers can go home and stay home like everyone else.”

While some companies said they were closing sites down and suspending work, others said they would remain open with “strict precautions” in place.

Transport for London (TfL) announced on Tuesday that work on its Crossrail sites was being temporarily suspended but that essential maintenance of the transport network will continue.

Aylesbury Tory MP Rob Buter said he had told ministers that work on HS2 should be stopped after contractors in his area were failing to comply with social distancing.

He tweeted: “Following shocking reports of @HS2ltd contractors failing to comply with social distancing & even coughing over local people, I’ve told the #HS2 minister that work must stop now, to protect the health of my constituents. Yesterday I wrote to the CEO calling for an immediate halt.”

WE NEED CLARITY
Scroll to top