Reynaers has once again been recognised as leading the industry, after receiving two award nominations this month.

The aluminium systems company has been put forward for the prestigious G16 Awards and the Construction Marketing Awards (CMA), which recognise marketing excellence in the built environment.

Judges from the CMAs selected Reynaers as a contender for the ‘Best use of advertising’ award. Reynaers designs and supplies aluminium window, door and curtain wall systems to both the commercial and domestic construction markets and its use of testimonials in its advertising this year has made it stand out from competitors.

Meanwhile, Masterline – the latest window system addition to Reynaers’ portfolio – has been nominated for ‘New Product of the Year’ at the G16 Awards.

The Masterline window system is a completely new window suite that will be launched next year in the UK. It is destined to set a new benchmark in terms of thermal insulation, weather resistance, security, strength and durability, sustainability, design flexibility, aesthetics, production efficiency, and value for money.

Running for more than a decade, The G Awards celebrate and reward excellence in the UK Glass and Glazing industry.

Hugh Moss, Reynaers’ Head of Marketing, said: “We’re delighted to have been nominated for both of these awards and can’t wait for the results. It is fitting that in 2016, our 25th anniversary year here in the UK, we have been recognised as leading the industry with our products and our marketing.”

Double boost for CMS with Kawneer dealership and CWCT membership 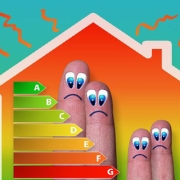 Windows and doors: time to review your suppliers?
0 replies

Be safe, sound and secure behind a modern, traditional timber entrance door...