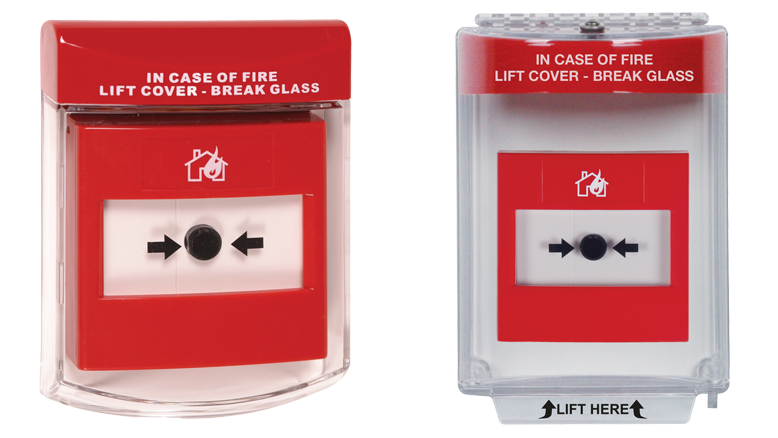 Disrupting vital teaching, interfering with crucial exams and heaping further pressure on an already strained fire service, false fire alarms remain a huge concern within the education industry but with the BSI now recommending protective covers for all manual call points, will we see a decline in malicious activations?

In the 2017 revision to the BS5839-1:2017 the British Standard Institute has recommended, in section 20.2 b) of the update, that: “All MCPs should be fitted with a protective cover, which is moved to gain access to the frangible elements.”

The changes came after the Fire Industry Association’s Fire Detection & Alarm Council presented their own recommendations for changes to BS5839-1:2017 to the BSI following findings showing that a shocking 44% of Fire and Rescue callout turn out to be false alarms. (Source: FIA website, 2017)

Safety Technology International Managing Director, Steve Hunt believes that the update to the British Standard will aid the decline in false fire alarms throughout the country.

He said: “The update to the British Standard strongly reinforces the work Safety Technology have been doing for over three decades. Our protective covers are designed to prevent false fire alarms and they are effective at doing so.”

All manual call points that are placed in vulnerable areas and are prone to false activations should now be protected, without the need to consult your fire safety officers.

Whilst some false activations are caused by accidents; whether it be from a bouncing ball in the sports hall or a flailing arm in a bustling corridor, a much more unfortunate and common cause for false firm alarms in schools is malicious activation.

With some pupils determined to avoid lessons, maliciously pressing a manual call point is an easy way to force their teachers and fellow pupils to evacuate classrooms and assemble outside in the playground.

One newspaper even reported that a school in Scotland had its fire alarm maliciously activated 15 times in two months interfering with important exams on consecutive days (Source: Daily Record, 2016). Not only are these hoax call-outs detrimental to pupils education but there are also both human and financial costs attached to false fire alarms.

It is estimated that false alarms cost the UK in excess of £1 billion a year (Source: FIA), but apart from the waste of resources false alarms detract the attention of fire services away from real fire incidents.

STI supply a range of protective covers, from integral covers to sounder models; there are variations to suit all applications. These covers are specifically designed to prevent false alarms whether accidental or malicious.

In fact, the first ever STI product came directly at the request of a high school principal in the United States who had a problem with false fire alarms. STI founder Jack Taylor used his expertise in security systems to invent the original Stopper call point protector.

Today, 35 years on STI has hundreds of innovative products that help make education establishments around the world safe, smart and secure.

The Call Point Stopper is a protective cover ideal for schools with a risk of accidental activation. The clear UV-stabilised polycarbonate cover does not restrict legitimate operation of vulnerable call points and is tough enough to withstand the severest knocks from wayward sports equipment or the break time rush.

The tamper-proof cover features the same sturdy UV-stabilised polycarbonate housing as the Call Point Stopper but has the useful addition of an integral sounder. The 96dB sounder emits a piercing alarm when the cover is lifted drawing immediate attention to the area.

This acts both as a deterrent for disobedient students who will now be caught for their malicious actions, as well as functioning as an additional alarm in an emergency situation.

If further protection is still required the Universal Stopper offers IP56 protection from the elements making it suitable for both indoor and outdoor use.

Contact sales on +44 (0)1527 520 999, email sales@sti-emea.com or visit www.sti-emea.com, for further information on the range of protective covers from STI.