All News
You are here: Home1 / All News2 / Product News3 / Events4 / Quality visitors with money to spend 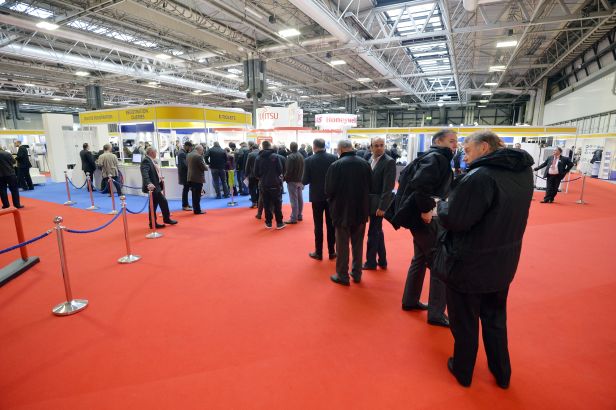 The ACR Show, the UK’s only dedicated event for the refrigeration, air conditioning, ventilation, heating and heat pump sectors took place at the NEC, Birmingham from 16th – 18th February. There was a notable increase in the quality of visitors, with exhibitors reporting multiple leads and orders.

Global air conditioning giant Gree is currently challenging the status quo in the UK HVACR market with the launch of Gree UK Limited, so there was naturally a lot of interest in what the company had to say at the event. Commenting at the end of a successful first day, sales director Tim Mitchell said: “Today has certainly been productive for us; it appears that decision makers are at the show and are specifically seeking us out.”

Commenting on behalf of Fujitsu, sales & marketing director, Ian Carroll, said: “We were very pleased with how The ACR Show went. This year, we welcomed a record number of visitors to the Fujitsu stand. Our new product ranges were well received and the show presented a good opportunity for customers to meet the team.”

Stanley Handling’s extensive range of powered stair climbers won rave reviews from exhibitors and visitors alike. Designed to safely move items like hot water tanks, boilers, furnaces, gas cylinders, major appliances, plumbing and heating supplies more, the event generated over 100 enquiries. Managing director, Graham Sharp said: “The ACR Show has opened up so many doors for us; we didn’t have a single time waster. It’s just a shame the event is only every two years. We’ll definitely be back.”

In addition to the 100+ companies exhibiting at the show, visitors enjoyed an extensive seminar programme on range of topics that affect their working day. Leading experts shared knowledge and advice in three seminar theatres: the Air Conditioning & Heat Pump Theatre sponsored by GREE; the Refrigeration & Cooling Theatre, sponsored by Opteon Refrigerants from Chemours and the Training & Careers Theatre, sponsored by Toshiba Carrier. Sessions included: Major issues of interest in BIM; Mechanical ventilation with heat recovery for commercial applications; New developments in Refrigerants and more.

Training & Careers was a key theme at this year’s show with the introduction of a dedicated theatre and national skills competition taking place at the event. The new CPD accredited Training & Careers Theatre, sponsored by Toshiba Carrier, covered a range of topics pertinent to the industry including TM44 inspections – reasons and benefits; the new Building Controls Professional Assessment and how it is helping to raise standards in the controls sector; the Index SEI that is destined to replace COP (Coefficient of Performance); the heat pump market and the effects of the government ditching green incentives; the PURR report; major issues of interest in BIM; energy efficiency from an engineer’s perspective and much more besides.

Silvia Romano, a member of the European partnership for Energy and the Environment secretariat addressed delegates in the Training & Careers theatre on the second day of the show. The EPEE represents the European heating, cooling, refrigeration and heat pump industry is very much committed to supporting the implementation of the EU F-Gas Regulation and its ambitious phase-down objectives. That is why EPEE is developing a new tool, the so-called “Gapometer”, aiming at defining a route towards a successful phase down of HFCs in Europe and will identify the biggest risks of gaps between required and actual progress. Silvia said: “We very much appreciated the opportunity to speak at such a key event on the calendar, particularly for UK stakeholders.”

The ACR Show also hosted the national SkillFRIDGE competition for the first time. The competition provides a potential launch pad for apprentices in the sector to compete internationally at vocational skills competition, WorldSkills. In August 2015 Team UK had great success with Chris Baillie (BA Refrigeration Ltd, and South East Regional College, Belfast) gaining silver medal and runner up at the WorldSkills competition in Sao Paulo Brazil.

The competition final required the six competitors demonstrate recognised industry skills and deliver on three main objectives. As such competitors had to demonstrate a core ability to follow instructions and solve problems in order to produce a ‘cold space’ at specified temperature and at the same time ensure an energy efficient refrigeration system.
The winner was Ashley Wilson, an RAC level 3 student at South Eastern Regional College (SERC) Northern Ireland and an apprentice for A1 refrigeration Ltd.

Ashley said “I am very proud to have won SkillFRIDGE, and honoured to have been given the opportunity to experience a great event like this, it really helps you think more about the workplace”.

The ACR Show was backed by all of the leading trade associations, including the Institute of Refrigeration (IOR), which also held its annual conference at the show; the Federation of Environmental Trade Associations (FETA); Refcom; the Building and Engineering Services Association (BESA), British Frozen Food Federation (BFFF), Association of European Component Manufacturers (ASERCOM) and the European Heat Pump Association (EHPA).

Explore Offsite in the Housing Sector

How will Brexit affect the construction industry? Two views:
Scroll to top