All News
You are here: Home1 / All News2 / General News3 / MUSK’S ELECTRIC BET 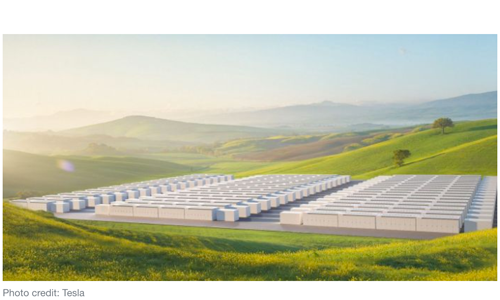 In 2016, South Australia experienced a near total blackout after “an apocalyptic storm— involving 80,000 lightning strikes and at least two tornadoes,” Vox explains. In the aftermath, a Conservative politician blamed the push for renewable energy for the extent of the blackouts.

For those even passingly familiar with Musk and Tesla’s online presence, the rest won’t be surprising. The head of batteries at Tesla said he was sure the company could do better, an Australian billionaire asked if he was serious, and Musk jumped in to promise his team was. 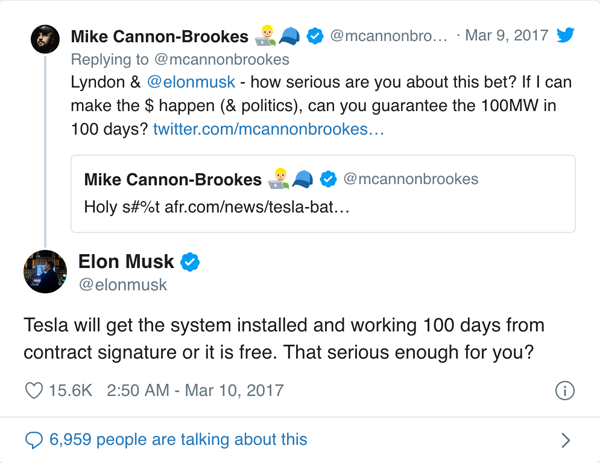 The rest is history. Musk reached his goal 40 days early, and the Australian billionaire funded the project as promised. We can argue about whether or not private citizens should have to rely on a billionaire angel investor to get a steady supply of power or make the shift to renewable energy, but in this case, the bet benefited a shortchanged rural population beginning almost immediately.

What’s the secret? Well, there truly isn’t one. TheNeon-owned Horsdale Power Reserve is literally a facility full of Tesla PowerPacks that receives and stores energy from nearby wind and solar farms. By storing power up to its capacity of 100 MW, this “battery” can absorb brief blips in the grid surrounding it, reducing outages for residents and easing the burden on businesses or facilities that lose money, product, and more during those outages. It could also reduce the amount of fossil fuel burned to power backup generators.