All News
You are here: Home1 / All News2 / General News3 / London Underground – The abandoned Line 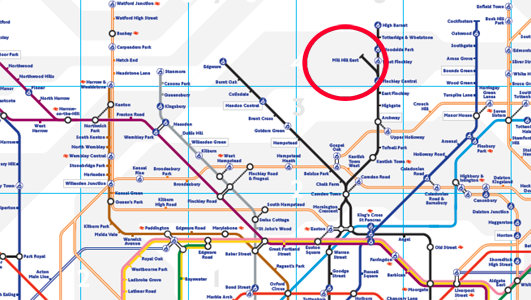 Despite the result being the world-class public transport system we enjoy today, the history of the London Underground is much a story of failure as it is success.

The evidence of one such failure can be seen on the London Underground map – the station Mill Hill East. 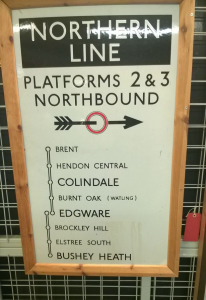 This Northern Line stop sits on its own branch peeling off just north of Finchley Central.

Originally it was part of a proposed extension to the Northern Line that would have gone to Edgware then reached up into Hertfordshire, including three entirely new stations.

It got well past the planning stage with parts of it built before the axe came down – leaving nothing but half-built structures looming out of the landscape of North West London.

The branch was meant to extend from Mill Hill East along one of the branches of the Great Northern Railway through Mill Hill (The Hale) to Edgware.

If you look on Google Maps you can see that the line goes on from there towards Edgware. The route of the planned extension can be seen snaking westwards from

The extension was announced in 1935 and construction began shortly afterwards. But then history intervened.

The route of the planned extension can be seen snaking

The 30s were a great decade of economic and political instability. WWII started and the Tube extensions into Hertfordshire were side-lined. Lack of funding in the war years resulted in a halt to the project and new post war legislation protecting Green Belt areas meant the project was shelved.

The plans had been for the line to serve new commuter towns but the Green Belt restrictions impacted on these making the proposed line redundant. However as the plan was cancelled partway through completion, evidence for it can be seen across the area.

At Edgware Station the line continues on into a tunnel where the line would have gone. Going on from there you can find stumps of bridges where the line was to cross major roads. Even the remains of a half-built station can be can be found. At Cannons Corner roundabout you can see the first steps towards making Brockley Hill Station. 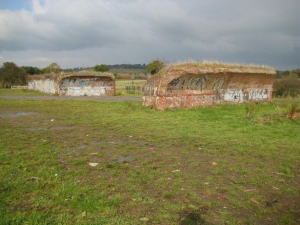 Mill Hill East is the least used station on the Northern Line. It remains an interesting relic of a huge failure to extend.