All News
You are here: Home1 / All News2 / General News3 / Insulate all homes – ‘Not a sexy subject but shovel ready’ 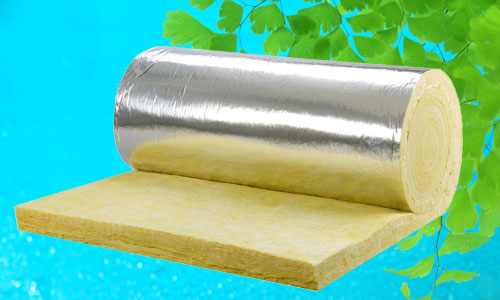 In an open letter, 15 organisations, including the National Housing Federation, Citizens Advice, UK Health Alliance on Climate Change, National Energy Action and Greenpeace UK, demand a transformative investment in the insulation and heating of the UK’s housing and buildings to revive the economy, while tackling long-standing environmental and social crises linked to poorly insulated housing.

The letter highlights that a ‘nationwide energy efficiency retrofitting programme’ is shovel-ready and could create 220,000 jobs in its first twelve months. In doing so it would provide much-needed employment opportunities all across the UK, prevent tens of thousands of deaths, and help avert the impacts of the climate crisis by dramatically reducing carbon emissions.

The UK has the least energy-efficient housing stock in Western Europe, which means high heating costs for low-income households. This contributes to poor health, costing the NHS up to £2 billion a year in England. Over the past five years, almost 58,000 people across the UK have died from conditions attributable to cold homes.

Homes are currently responsible for one-fifth of the UK’s total emissions. Without properly insulating and sustainably heating them, it will be impossible for the government to meet its climate change targets, and it will fail to demonstrate global leadership on tackling the climate emergency ahead of hosting of COP26 – the global climate change conference – next year.

“A nationwide programme to insulate all homes and buildings to make them warmer, safer and more energy efficient may not be as sexy a subject as some would like, but it’s shovel ready, will create masses of jobs, drive down carbon emissions and save people’s lives.

“Making sure everyone has a warm, safe home that doesn’t add to escalating problems like the climate emergency shouldn’t even be up for debate. The fact that such a programme could revive the economy while bringing so many other positive outcomes makes it a no-brainer.”

The government pledged £9.2 billion to improving the energy efficiency of homes, schools and hospitals in its election manifesto last year, but that commitment was omitted from the Budget and is now at risk of being spent on building new homes. It was reported this week that the Prime Minister’s chief advisor, Dominic Cummings, has been blocking the money as he views it as “boring old housing insulation”.

According to the report, there is still enthusiasm in the Treasury and BEIS, the business department, for the nationwide insulation scheme, and pressure is mounting on Boris Johnson to ensure that improving the energy efficiency of the UK’s building stock is prioritised in his economic recovery announcement later today.

Rob Wall, head of policy at National Housing Federation, said: “Measures that cut greenhouse gas emissions and deliver safer, greener and more affordable homes should be at the heart of the government’s economic recovery plans.

Not only will this support our long-term climate goals, but will also help us tackle fuel poverty, cut fuel bills, improve public health and well-being and support local economies”

Nicky Philpott, Director of the UK Health Alliance on Climate Change, said: “We must not lurch from this health crisis to another, caused by the impacts of climate change and environmental degradation. To avoid this, the Government must prioritise measures that stimulate the economy and improve the health of people and the planet – like investment to improve the energy efficiency of the UK’s housing stock, and to reduce the dangerous emissions associated with outdated domestic heating systems.”

The full letter can be read here

New Deal or No Deal, what do industry leaders think?

SELF BUILD – live webinair 10th July 10 am
Scroll to top