All News
You are here: Home1 / All News2 / Product News3 / Ibstock Brick celebrates best of brick at Brick Awards 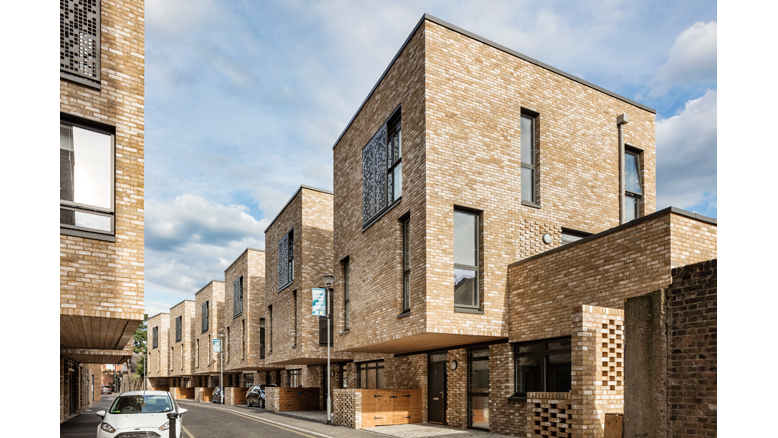 Ibstock Brick is celebrating the success of architects and brick contractors at this year’s Brick Awards.

The Architect’s Choice Award was voted for by the public from a selection of shortlisted projects in other categories. It was awarded to the BPTW Architects designed project at Creek Road in the heart of Greenwich. The project utilised the Funton Old Chelsea Yellow brick to mirror the existing bricks whilst adding a contemporary twist.

Marlborough Primary School (Architect: Dixon Jones) was the winner in the Education category whilst Royal Albert Wharf was the winner in the Large Housing Development category with Blackfriars Circus also picking up a commendation in this category, with both projects being designed by Maccreanor Lavington. Scala Yard (Architect: DLA Design Group) received a commendation in the Small Housing development category.

Anglian Brickwork Ltd, who were the winners of the Specialist Brickwork Contractor award, used Ibstock Bricks in one of their winning projects at the David Attenborough Building (Architect: Nicholas Hare).

Darren Bowkett, Operations Director of Ibstock Brick, commented: “Each year the standard of entries for the Brick Awards improves. As the market leading brick manufacturer we are delighted to be associated with the celebration of brick as a modern building material. We would like to congratulate everybody involved with the award-winning projects for their success in showcasing how brick can be used within creative and contemporary architecture. Ibstock Brick is committed to providing products which offer design flexibility for the most innovative building facades.”