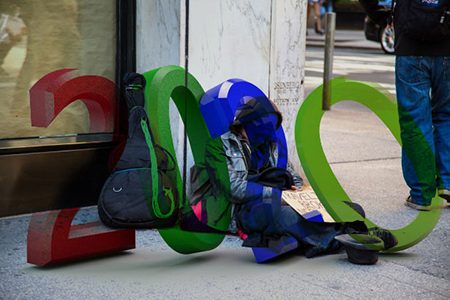 With Christmas behind us and another year being added to the number of years of failure in housing policy, it would be all too easy to let the January blues creep in. The once common concept of home ownership is now an impossible dream for many, and untold numbers of people are being pushed into homelessness.

The catastrophic decline in social housing has left millions feeling insecure in unaffordable homes they’ll never own. Unless we take action, the future of man will be a generation of young families that are, at best, trapped renting privately for their whole lives, with billions in welfare costs being paid to private landlords. Something must be done. Joe Bradbury investigates:

If the end of 2019 taught us anything then it is that we are a country divided in opinion. However, one thing that everyone can agree on is that something needs to be done to tackle homelessness, which is now at its highest peak since records began.

Just before Christmas, homelessness charity Shelter revealed that 280,000 people are recorded as homeless in England alone and at least 320,000 throughout the whole of Britain – an increase of 23,000 since 2016 when the charity first published its landmark annual report.

Shelter’s extensive analysis of official rough sleeping and temporary accommodation figures, along with social services records, showed that in one in every 200 people are without a home.

A staggering 135,000 children in Britain are homeless or living in temporary accommodation; it is estimated that a child loses their home every eight minutes. This is the equivalent of 183 children per day, enough to fill 2.5 double decker buses.

As if these figures weren’t horrific enough, it’s widely known that a lot of homelessness goes undocumented, including sofa-surfing and some rough sleeping. This means the true level of homelessness may never be known, and this could all just be the tip of the iceberg.

The harsh reality is that unless the new government takes urgent action to address the dire lack of social homes at the crux of this emergency, the situation is likely to get worse.

What do we need to do to end the housing crisis? The first step is to know your enemy.

Put simply, a housing crisis comes about when rapid increases in the price of property reach unsustainable levels relative to incomes, price-to-rent ratios, and other economic indicators of affordability. A housing crisis is a situation where people with a full time income still can’t afford a home because the market values are astronomical.

The distinct lack of affordable, decent homes for the UK population is having adverse effects throughout the country. Here a just a few examples of what happens when a nation finds itself within a housing crisis:

Recent figures published by the National Housing Federation (who represents housing associations in England, social landlords to 5 million people) and Crisis (the national charity for homeless people) reveals the true scale of the housing crisis in England.

To both meet this backlog and provide for future demand, the country needs to build 340,000 homes per year until 2031. This is significantly higher than current estimates (including the Government’s target of 300,000 homes annually), which have never before taken into account the true scale of housing need created by both homelessness and high house prices.

The new research also goes further than previous studies, breaking down exactly what type of affordable homes are needed:

We need to build 3.1 million more social homes over the next 20 years. This will allow the benefits of social housing to be offered much more widely, providing both security for those in need and a step up for young families trying to get on and save for their future.

The cost of land for social housing needs to come down. Government should reform the Land Compensation Act 1961 so that landowners are paid a fair market price for their land, rather than the price it might achieve with planning permission that it does not actually have. This in itself is an enormous barrier to building.

Plus, the benefit freeze is pushing low income families to the brink, with more than nine in ten homes for private rent (94%) too expensive for those on housing benefit. Two thirds of these families (65%) are in work.

Research by the National Housing Federation shows just how inadequate Local Housing Allowance now is for the 1.3million families who rely on it to cover the high cost of private rent. Low income families aren’t able to access social housing due to the sheer shortage of it, now they can’t access enough housing benefit to rent privately either.

It’s a new year and we have a new government. Whether it is the government you voted for or not is now moot; as an industry we need to apply pressure where necessary in order to fulfil our obligation to the swathes of homeless people throughout the country. For some, it’s a matter of life and death.

Grenfell – Lessons learned will have costs