All News
You are here: Home1 / All News2 / General News3 / Fracking – The Fears and Hopefully the Facts 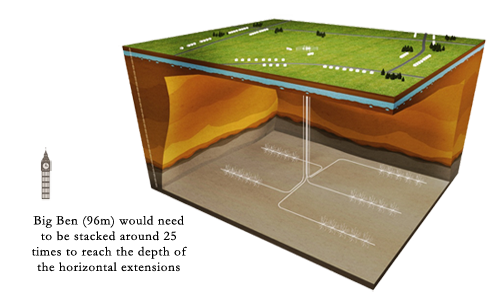 People living in Formby are worried about the ‘health of the community’ as plans for fracking just a mile away moved another step forward.

Energy company Aurora have submitted plans to frack for shale gas at Great Altcar, a mile from Formby and a few miles from Ainsdale, Hightown and Lydiate.

Fracking, also known as hydraulic fracturing, has been the focus of considerable controversy in the past 12 months, after a number of earthquakes around the UK’s only active site, near Blackpool.

If approved, fracking will go ahead just outside of Formby

Many people claim as well as the tremor risks, the technique can cause air, noise and groundwater pollution.

Aurora is currently seeking permission to construct a fracking site in West Lancashire – just 900 metres from the historic Formby Oilfield.

Public Health England has assessed the risk to human health of extracting shale gas. They evaluated available evidence on issues including air quality, radon gas, naturally occurring radioactive materials, water contamination and waste water. They concluded that “the risks to public health from exposure to emissions from shale gas extraction are low if operations are properly run and regulated.”

In September 2013 Professor David MacKay (the then Department of Energy and Climate Change’s Chief Scientist) and Dr Timothy Stone wrote a report on potential greenhouse gas emissions from UK produced shale gas. They concluded that the overall effect of UK shale gas production on national emissions is likely, with the right safeguards, to be relatively small. Indeed emissions from the production and transport of UK shale gas would be comparable to imported Liquefied Natural Gas (LNG), and much lower than coal, when both are used to generate electricity.

BEIS currently grant-funds a research consortium led by the British Geological Survey to deliver a baseline environmental monitoring programme in and around sites in the Fylde (Lancashire) and Kirby Misperton (North Yorkshire), where 2 exploration shale sites are based. The researchers are gathering data on features including water and air quality, seismicity and ground motion. Data gathering began in the Fylde in January 2015 and in Kirby Misperton in August 2015.

This monitoring will gather data for the environmental baseline in the areas prior to any hydraulic fracturing processes. Future shale gas projects’ data can be checked against these baseline data. This allows any significant changes to be flagged for further scrutiny. The investigations are independent of any monitoring carried out by the industry or the regulators, and information collected is freely available to the public.