All News
You are here: Home1 / All News2 / Product News3 / Fire, Security and Safety4 / Complacency could get you burned 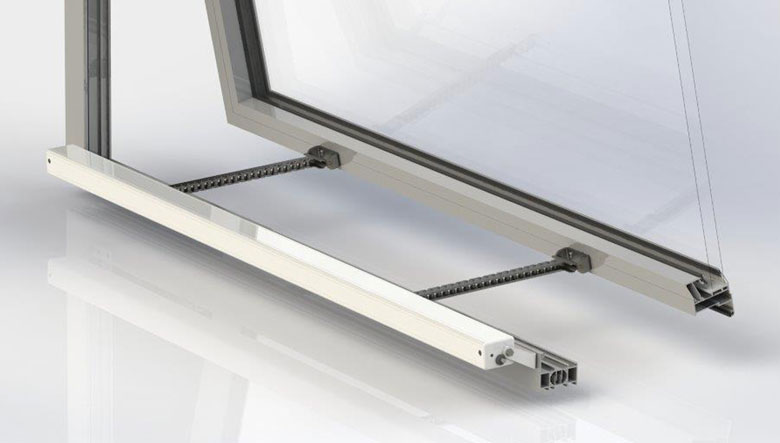 Within the European standards, EN12101-2 2003 ‘Smoke and Heat Exhaust Ventilators’ (SHEV’s), both vertical and inclined ventilators utilised for life safety smoke ventilation systems, automatically fall within scope of the CPR. This adds stricter testing criteria to ensure product performance meets the required standards and are compliant.

The regulations dictate that the vent and actuator must be tested together, as a system, to the specifications within the annexes of the standard, which must be conducted at an accredited test facility.

This process also covers the fabrication of the vent as a SHEV carries a higher level of classification, ‘System 1’, compared to an EN14351-1 window, which is ‘System 3’. Also, they must be delivered under an audited process to ensure the detail on site is identical to the prescriptive test detail.

Contrary to popular belief, an actuator can no longer be fitted to a window and be compliant unless it is tested with the specific vent system being used. Merely fitting a tested actuator to a window does not prove compliance and it is this condition that could catch out those that are unaware of the standard.

Non-compliance is policed in the main by Approved Inspectors and Building Control Officers who now look for proof of certification under the directions of BS7346-8 Code of Practice, which covers provisions for smoke control throughout the construction process.

Unfortunately, if compliance proof cannot be provided, it is too late to sign-off the building, resulting in delays and compensation claims under damage clauses. However, should a non-compliant smoke vent fail during a fire incident, the consequences are far more severe not only to the occupants, but also to the company whose products failed to meet the standard.

Most leading façade system companies’ products are now tested to the standard, many in partnership with SE Controls to utilise the company’s extensive range of UK manufactured actuators. From a building design perspective, many of SE Controls actuators are now available as BIM objects, which include extensive product information and COBie data.

Combined with their delivery qualifications, both on and off site, a certified solution is provided that includes the vital Declaration of Performance (DoP) documentation, which verifies compliance.

The DoP contains reference to the Notified Approved Body that underwrites the process and the test references. It also contains the performance criteria against the test annexes in the form of declared essential characteristics and is signed by a Director of the company placing the SHEV onto the market.

No DoP, no compliance. Don’t let complacency get you burned.