All News
You are here: Home1 / All News2 / General News3 / BUILDINGS – Can Help Fight Corona Virus 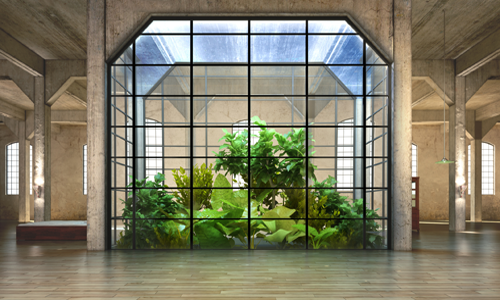 In 1974, a young girl with measles went to school in upstate New York. Even though 97 percent of her fellow students had been vaccinated, 28 ended up contracting the disease. The infected students were spread out across 14 classrooms, but the young girl, the index patient, spent time only in her own classroom. The culprit? A ventilation system operating in recirculating mode that sucked in the viral particles from her classroom and spread them around the school.

Buildings, as this historical example highlights, are highly efficient at spreading disease.

Back to the present, the most high-profile evidence of the power of buildings to spread the coronavirus is from a cruise ship — essentially a floating building. Of the 3,000 or so passengers and crew members onboard the quarantined Diamond Princess, at least 700 are known to have contracted the new coronavirus, a rate of infection that is significantly higher than that in Wuhan, China, where the disease was first found.

What does that mean for those of us who are not on cruise ships but are concentrated in schools, offices or apartment buildings? Some may be wondering if they should be fleeing to the countryside, as people have done in the past in times of epidemics. But it turns out that while dense urban conditions can aid the spread of viral illness, buildings can also act as barriers to contamination. It’s a control strategy that is not getting the attention it deserves.

The reason is there is still some debate about how the new coronavirus that causes Covid-19 is spread. This has resulted in an overly narrow approach taken by the federal Centers for Disease Control and Prevention and the World Health Organization. That’s a mistake.

Current guidelines are based on evidence that the virus is transmitted primarily through respiratory droplets — the large, sometimes visible droplets expelled when someone coughs or sneezes. Thus the recommendation to cover your coughs and sneezes, wash your hands, clean surfaces and maintain social distancing.

But when people cough or sneeze, they expel not only large droplets but also smaller airborne particles called droplet nuclei, which can stay aloft and be transported around buildings.

Previous investigations of two recent coronaviruses showed that airborne transmission was occurring. This is supported by evidence that the site of infection for one of those coronaviruses was the lower respiratory tract, which could only be caused by smaller particles that can be deeply inhaled.

This brings us back to buildings. If managed poorly, they can spread disease. But if we get it right, we can enlist our schools, offices and homes in this fight.

Here’s what we should be doing. First, bringing in more outdoor air in buildings with heating and ventilation systems (or opening windows in buildings that don’t) helps dilute airborne contaminants, making infection less likely. For years, we have been doing the opposite: sealing our windows shut and recirculating air. The result are schools and office buildings that are chronically underventilated. This not only gives a boost to disease transmission, including common scourges like the norovirus or the common flu, but also significantly impairs cognitive function.

A study published just last year found that ensuring even minimum levels of outdoor air ventilation reduced influenza transmission as much as having 50 percent to 60 percent of the people in a building vaccinated.

Buildings typically recirculate some air, which has been shown to lead to higher risk of infection during outbreaks, as contaminated air in one area is circulated to other parts of the building (as it did in the school with measles). When it’s very cold or very hot, the air coming out of the vent in a school classroom or office may be completely recirculated. That’s a recipe for disaster.

If air absolutely has to be recirculated, you can minimize cross-contamination by enhancing the level of filtration. Most buildings use low-grade filters that may capture less than 20 percent of viral particles. Most hospitals, though, use a filter with what’s known as a MERV rating of 13 or higher. And for good reason — they can capture more than 80 percent of airborne viral particles.

These approaches are supported by empirical evidence. In my team’s recent work, just submitted for peer review, we found that for measles, a disease dominated by airborne transmission, a significant risk reduction can be achieved by increasing ventilation rates and enhancing filtration levels. (Measles comes with something that works even better that we don’t yet have for this coronavirus — a vaccine.)

There is also ample evidence that viruses survive better at low humidity — precisely what happens during winter, or in the summer in air-conditioned spaces. Some heating and ventilation systems are equipped to maintain humidity in the optimal range of 40 percent to 60 percent, but most are not. In that case, portable humidifiers can increase humidity in rooms, particularly in a home.

Last, coronavirus may spread from contaminated surfaces — things like door handles and countertops, elevator buttons and cellphones. Frequently cleaning these high-touch surfaces can also help. For your home and low-risk environments, green cleaning products are fine, (Hospitals use E.P.A.-registered disinfectants.) Whether at home, school or the office, it is best to clean more often and more intensely when infected individuals are present.

Limiting the impact of this epidemic will require an all-in approach. With significant uncertainty remaining, we should be throwing everything we have at this highly infectious disease. That means unleashing the secret weapon in our arsenal — our buildings.