Developers of the highly-anticipated London Resort, dubbed the UK’s answer to Disney World, have released a new photo revealing more of what’s in store.

Plans have now officially been submitted for the attraction, with work set to begin in 2022 if they’re approved with the possibility of a 2024 opening date.

The huge theme park is earmarked for a largely brownfield former industrial site on the Swanscombe Peninsula in Kent – and is tipped to be the size of 136 football stadiums.

New images from developers unveil more of what’s in store for visitors, with plans revealed for more rides, attractions and hotels at the site – along with creating 48,000 jobs and a further 6,000 construction jobs.

An artist’s impression of the vast £3.5 billion theme park was provided to the Daily Star, revealing what looks like at least six planned roller coasters, a set of artificial mountains and a Union Jack-branded rotunda.

And if developers get the go-ahead the resort will have the rides and attractions spread across two sites on the banks of the River Thames.

The London Resort will be the first development of its kind in Europe to be built from scratch since the opening of Disneyland Paris in 1992.

It’s set to have six islands, or lands, each with their own dedicated theme – with 70% of the attractions under cover.

More than 3,500 hotel rooms would be created and two ferry terminals – one each side of the River Thames – along with back-of-house facilities, a visitor centre and a new road from the A2.

And it looks like most of the materials required to construct the resort will be delivered by river.

The London Resort also aims to be the first operationally carbon neutral theme park in the world.

The eco-friendly site will deliver a “net biodiversity gain” and create a green network of amenity areas and parkland to include areas of environmental enhancement and wildlife habitat creation beside the River Thames to benefit both resort guests and local residents.

The Government now has 28 days to consult local authorities and carry out an evaluation of the development proposal before accepting or rejecting it.

The names of the six lands being created, as well as a High Street, are Starport, The Jungle, The Isles, The Kingdom, The Woods and The Studio.

The latest imagery reveals what looks like castle turrets – fuelling more speculation that the resort will be the UK’s answer to Disneyland.

Last year it was revealed that £70 million has already been spent on the park prior to any work starting.

The massive project is expected to rival that of Disneyland in Paris in terms of sheer scale, 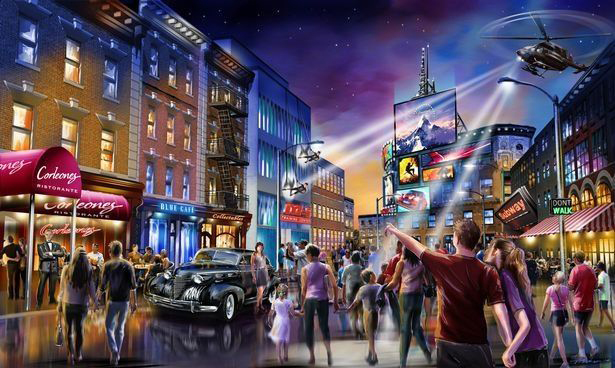 Creators are currently remaining tight-lipped about exactly what attractions will be on offer, but last year the resort signed a deal with Paramount Pictures, so a Hollywood theme could be in the works.

The application, which was filed on December 31, is made up of more than 25,000 pages of reports, assessments and analysis, confirms the intent to develop two theme park gates, a waterpark, conference and convention centre and e-Sports facility.

Joined up policy framework, the key to achieving net zero
Scroll to top