Global construction is in recovery, according to the Royal Institution of Chartered Surveyors Global Construction Monitor. Its latest activity index, which measures current and expected workloads in residential, non-residential and infrastructure sectors, as well as company profit margins, rose to +14 in the first quarter of 2021 from +3 in the the 2020 fourth quarter. 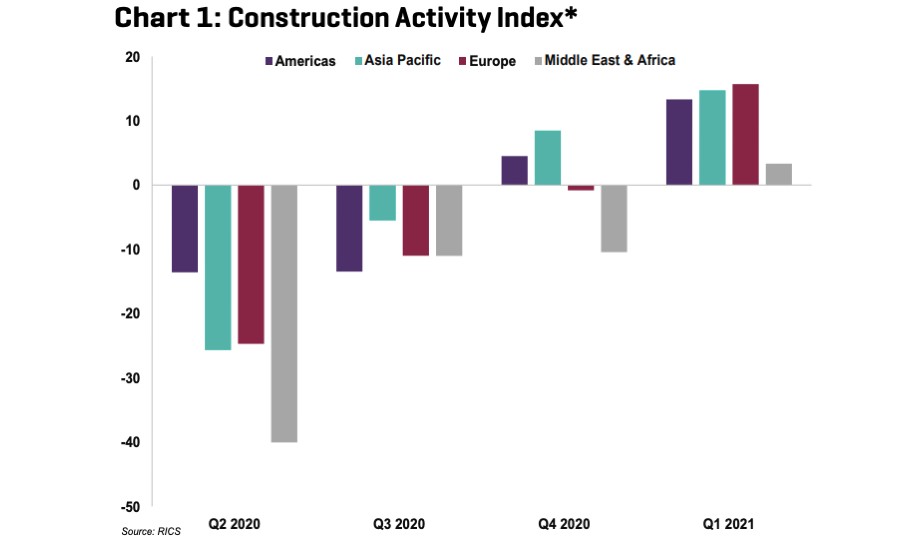 The index for the Americas reached +13 overall, with the U.S. and Canada registered at +15 and +32, respectively. The European index stands at +16, while Asia Pacific came in at +15. The index in the Middle East and Africa reached +3.

“Despite a significant increase in the cost of materials caused by a supply shortage in part due to the year-long border closure, construction in Canada is tracking well, both in private residential construction and on infrastructure projects,” says Sheila Lennon, CEO of the Canadian Institute of Quantity Surveyors.

In the US, RICS reports a 15-year high in housing starts, as well as a boost in infrastructure due to plans announced by the Biden Administration.

Bounce back loans, the cost