All News
You are here: Home1 / All News2 / General News3 / Timber shortage: an overview

The timber supply chain in took a massive hit in 2020, thanks to the coronavirus pandemic and a continuously shifting market. Unfortunately, shortages seem set to continue into 2021, exacerbated by high levels of demand for timber and wood products globally. Building Specifier Editor Joe Bradbury investigates:

In the early days of the pandemic, sawmills throughout Europe had no choice but to shut, albeit temporarily. The subsequent lockdowns throughout the UK and Europe resulted in a massive surge in demand for timber for DIY and garden projects, which in turn began to impact supplies through to Britain’s construction sector. Additional high demand for structural timbers, particularly CLS and carcassing, from across Europe and especially from the USA, has also affected the amount of material available in traditionally well-stocked markets such as the British builders’ merchant sector.

With demand continuing at a high level into 2021, there has been no ‘quiet season’ in Britain’s building trade, and thus little opportunity for sawmillers and importers to replenish stocks on the ground here in the UK to their previously-plentiful levels. COVID-19 is still producing spikes in cases, such as that recently seen in the UK’s largest timber-supplying partner, Sweden, where an increase in cases has resulted in a tightening of operating conditions and delays where vessel crews are required to self-isolate. Import logistics, especially with the end of the Brexit transition period and the new arrangements with the Republic of Ireland and Northern Ireland, may add further pressures on supplies, as the timber sector will need to compete with many other industries in obtaining road haulage capacity within the UK.

Speaking on the subject, David Hopkins, Chief Executive of the 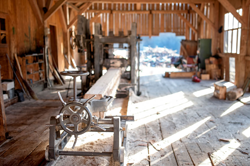 Timber Trade Federation said “Pre-COVID, timber buyers were used to there being plentiful landed stocks available to meet immediate demand. Suppliers were also used to having time over traditionally quiet periods in the trade to re-build stocks for the following season. This situation has now been turned on its head. It is understandable that many customers should be surprised by, and angry about, the new reality we are facing together. The reported price inflation has also made it difficult for some manufacturers to accurately price projects for customers.”

Timber is a renewable resource. However, that doesn’t make it completely sustainable. If forests are being harvested quicker than they are being replenished, then there’s a real possibility that we could run out.

A recent report commissioned by WWF finds that UK businesses must invest in sustainable forest management if they are to guarantee access to timber that their businesses rely on in the near future. Leading countries that supply timber to the UK are either at the point of expiry or running at a deficit as forest resources are used without adequate provision for sustainable timber supply.

As the international market for timber will change in its dynamics in the next decades, without urgent action UK businesses who have failed to adequately plan for continuity of their timber resource could be left exposed with fewer commercial options.

The implications are far reaching with WWF’s ‘Living Forests’ report series concluding that global demand for timber is expected to triple by 2050 due to an increase in demand of wood and paper products from growing economies and populations. At the same time this report’s analysis indicates that:

Julia Young, Global Forest and Trade Network Manager for WWF-UK said “committing to sustainable timber sourcing isn’t just an added bonus, but is something that any timber dependent business must be investing in if they want a healthy and resilient business that will survive. We can no longer rely on our usual sources of timber as unsustainable practices are having devastating consequences on forests, and we face a real danger of not having enough timber to satisfy our growing population needs.

“Businesses need to review how their timber is sourced if they want to secure supply for the future, and in keep timber prices stable. This will have tangible business benefits of sustainable practices including advantages in regulatory positioning, easier raising of finance, brand value and an engaged workforce. It also gives manufacturers maximum scope for product development and provides retailers with a full range of tradable goods. These business benefits can increase performance and ultimately aid the bottom line.”

“The UK Government must lead by example and address sustainable forest use in the urgently upcoming 25 year plan for nature.”

A recent government study also highlighted that 9 out of 13 samples (69.2%) of plywood made in China and imported into the UK contained unauthorised species of timber – including African hardwoods – and only one supplier out of 16 was compliant with the EU Timber Regulations.

The Chinese Plywood Enforcement Project was carried out by the National Measurement Office, and found a catalogue of failures on a worrying scale.

It found that large volumes of tropical wood are imported into China from high risk areas in Africa and Papua New Guinea, and in 9 cases, microscopic testing showed that there was a mismatch between the species found, and the product declaration.

The rainforests of West and Central Africa (where a large portion of this ‘dirty’ wood is coming from) are home to an astonishing number of animal and plant species. They are critical to the survival of three of our closest animal relatives, the gorilla, the chimpanzee and the bonobo, all of which are endangered.

Sadly illegal logging is rampant in these regions and corruption is widespread. Protection of forest areas by national and international law is largely inadequate and poorly implemented. 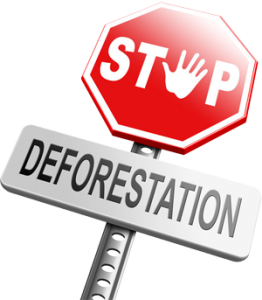 The potential to cause loss of life, misplacement and suffering is not just limited to the animal and plant kingdom in the illicit trade of illegal wood – many of these species detected by the government study are part of the trade in ‘conflict timber’ – timber traded by armed groups or administrations to perpetuate conflict or take advantage of conflict situations. Groups notorious for human rights abuses have been funded by the timber trade in Liberia and Democratic Republic of Congo.

The forests are also the home to indigenous peoples, the Maisin. For the Maisin, forests provide everything from food and medicinal plants, to materials for houses, canoes and tools. Under the Papua New Guinea constitution, the Maisin are actually the legal owners of their traditional lands.

Unfortunately, these are under threat from large-scale illegal logging activities; almost all of which is export-oriented, with unprocessed logs exported to China for processing.

How UK construction can help

Environmental consultant Charlie Law, co-chair of the construction group at pro-UK timber organisation Grown in Britain said that the NMO undertook the study following suspicions in the timber and construction industries that imported Chinese plywood was being mislabelled.

“It’s unlikely to have been incorporated into buildings on major sites, but you will find it on smaller sites because it’s cheaper, or it might be used for temporary, protective uses.”

“It’s something we knew was a risk, we’d seen Chinese plywood and had conversations in the timber industry. There were also concerns about health and safety as it wasn’t always CE marked. There were rumours about they put this stuff together in China. So in the end NMO was asked either to allay everyone’s fears, or to prove that there’s a problem.”

Charlie Law said that site managers nationwide should actively check their timber supplies on site. “Subcontractors should be aware of the need to only supply FSC or PEFC-certified timber, but sub-contractors need to check it, and sites are busy places.”

“It’s one of those things that confirms why we do what we do in terms of checking chain of custody certificates – it’s always good to have these reminders that there are unscrupulous operations that are trying to break the law.”

It is vitally important that the UK construction sector doesn’t sleepwalk into this harmful, illegal supply chain. Be it intentionally or unintentionally, participating in the illegal wood trade perpetuates an issue that should be of worldwide concern.”

Timber in construction, whilst innovative, is nothing new. Trees, and their derivative products, have been used by societies around the world for thousands of years. It’s clear to see why – there is ample global supply for the foreseeable future, making it a sustainable and responsible product to build with. These days timber has been honed and crafted and divided into many areas to offer a multitude of options for the budding specifier.

Timber offers a host of economic and logistical benefits for the offsite and modular construction sectors, as modern timber is largely factory prepared and brought to site for rapid assembly. But only if we are we and make sure we are using it ethically; otherwise we can only expect shortages to get worse and longer lasting.