All News
You are here: Home1 / All News2 / Building News3 / Theresa May speech – the view from construction 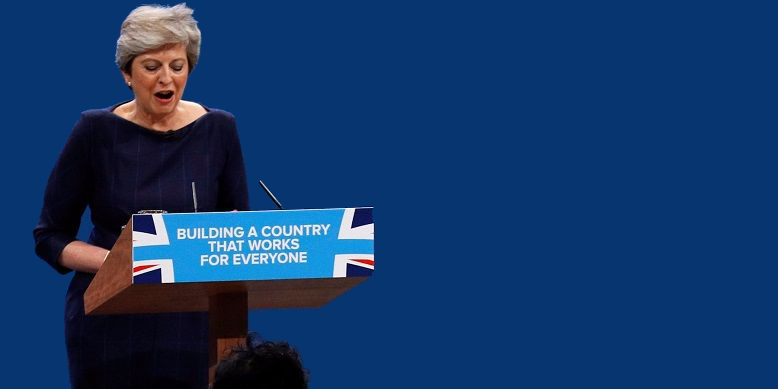 At an eventful Conservative Conference today PM Theresa May has announced an extra £2bn will be allocated to aid delivery of affordable housing in areas “where need is greatest.” She also confirmed an energy cap in a bid to alleviate fuel poverty. Buildingspecifier reports:

At an eventful Conservative Conference today PM Theresa May has announced an extra £2bn will be allocated to aid delivery of affordable housing in areas “where need is greatest.”

“We simply haven’t built enough homes,” admitted May said, although she reassures that “help is on the way.”

“It won’t be quick or easy – but as Prime Minister’s I’m going to make this my mission.”

The Prime Minister highlighted that there will now be “almost £9bn” available for affordable housing which both councils and housing associations can bid for.

“We will invest an additional £2bn in affordable housing, taking the government’s affordable housing budget to £9bn. We will encourage councils as well as housing associations and provide certainty over future rent levels.

“In those parts of the country where need is greatest we will allow social rented housing to be built, at well below market levels, getting the government back into the business of building houses.”

The Prime Minister also revealed that caps on energy prices would be imposed under planned legislation. She gave a stark warning to energy firms that they faced a price cap on their “rip-off” bills under her new plans.

Draft legislation for the measure will be published next week, Mrs May revealed, as she accused firms of punishing loyal customers.

May commented “While we are in favour of free markets we will always take action to fix them when they are broken. We will always take on monopolies and vested interests when they are holding people back. One of the greatest examples in Britain today is the broken energy market. The energy market punishes loyalty with higher prices and the most loyal customers are often those with lower incomes, the elderly, people with lower qualifications and people who rent their homes.”

Chief Executive of the National Housing Federation, David Orr said “In the aftermath of the tragic fire at Grenfell Tower, the prime minister said that we as a nation have not paid enough attention to social housing. Today, she is right to make a bold break with the past and commit to building the homes we need most – genuinely affordable homes for those on the lowest incomes.

“The additional £2bn will make a real difference to those let down by a broken housing market. Building homes for social rent will make work pay and help bring down the housing benefit bill in the long run by moving people out of costly private lets.”

Brian Berry, Chief Executive of the FMB, said “Despite the Prime Minister’s precarious political position since the General Election, Theresa May has today managed to take a braver and bolder stance on house building than any Prime Minister of recent years. The private sector will continue to expand the number of new homes it builds, particularly so if the Government succeeds in its aim of removing barriers that hold back small scale house builders. However, in the house building heyday of the 1950/60s, a healthy private sector was always complemented by significant levels of social house building. Indeed, we have only ever built at the level we need to keep pace with demand when both the private and public house building sectors have been firing on all fronts. In the 1960s, for example, we were building around 400,000 homes per year and half of those were social housing.”

“The Prime Minister’s plan is also an opportunity to help shape a stronger local house building industry. If councils can start to engage with smaller, local builders to deliver this new generation of council housing, it could further help to diversify the industry. This would also boost the capacity of the private sector through the provision of more public sector work. Indeed, the increased use of small and medium-sized building firms will limit the problem of land banking, as this is something small builders simply don’t do.

“There do remain however, some significant roadblocks to the Prime Minister’s vision. Following Brexit, the serious shortage of skilled labour the construction industry is already dealing with will be exacerbated if it becomes much more difficult for EU tradespeople, who have come to play a crucial part in plugging the industry’s chronic skills gap, to move to and work in the UK. Although the industry must seek to overcome this crisis by recruiting and training many more young people than we currently do, the Government must also be mindful and realistic about the continuing need there will be for skilled EU workers as it puts in place its post-Brexit immigration policy. Otherwise it will risk jeopardising the delivery of the bold new house building ambitions the Prime Minister outline today.”

Andy Sommerville, Director of Search Acumen, commented “Our country needs to embark on the greatest housing boom the UK has witnessed in a century. For decades, UK governments have neglected the critical issue of our nation’s housing shortfall and as a result we estimate by 2022 the UK will be short of a million homes.

“Theresa May’s pledge to invest an extra £2bn in affordable housing is the first building block to making up for years of under supply and we can only hope that this is not simply another empty promise to fix our broken housing market. Now that our leaders share the industry’s sense of urgency, we must act to build more homes and we must act quickly. The gulf between supply and demand is widening each day. For the property and construction industry, this is the cue for Britain to start building.”

Chartered Institute of Housing chief executive Terrie Alafat CBE said “We have been calling on the government to invest more in genuinely affordable homes for rent so the Prime Minister’s announcement of an extra £2 billion for affordable housing is very welcome.

“As we have been saying for some time, social rents, which are significantly cheaper than market rents, are the only truly affordable option for many people on lower incomes, so the recognition that we need more of these homes is a vital step forward.

“It’s also encouraging to hear that Theresa May agrees councils have a central role to play in building the homes we need at prices people can afford.

“The details of exactly how these new homes will be funded and just how many will be for the lowest social rents will be crucial. The number of homes for social rent funded by the government collapsed from 36,000 to just over 1,000 between 2010/11 and 2016/17. Reversing this trend will be a significant task – how much of this new funding will be dedicated to building these kinds of homes?

“There is much to welcome in these announcements and they are certainly an important step in the right direction, but we still need to do more if we are to finally build the number of truly affordable homes we need.”

Rumours circulate that Theresa May will build substantial number of council...