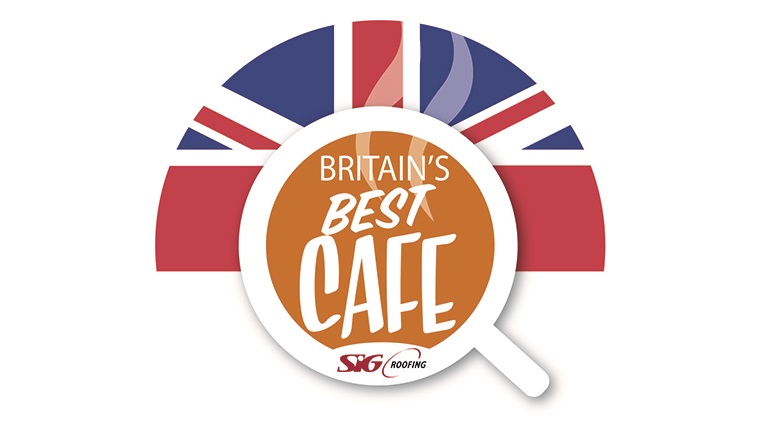 Announced with the help of last year’s winners, Gail and Chris Murray, from the Super Sausage Cafe in Potterspury, near Milton Keynes, the competition will once again inspire hundreds of the nation’s cafes to canvass votes from their local customers and supporters.

2016 really showed that cafe customers value their regular stop-off for a great British breakfast, a tasty lunch or simply a strong cup of “builders’ tea”. With support from SIG Roofing’s 120 branches nationwide, who will be encouraging their own customers to vote and support their favourite local cafe, this year’s cafes will be vying to win a glorious trip to Cuba – to sample the stunning sun, sea and local delicacies.

In November, after all the votes have been counted, Andrew Wakelin, SIG Roofing Managing Director, will present the lucky national title holder and 14 regional winners with their awards at a ceremony in a prestige London venue.

Commenting on the Britain’s Best Cafe competition, he said “With a network of local branches covering the length of the UK, from Inverness to Plymouth, we have long-standing and close relationships with contractors right across the country. Knowing them and their daily routine inspired the idea of supporting and promoting the cafes that help them through the working day. These are businesses which, like us, understand the value of great product along with high service standards.”

Marketing Manager Janine Brady was involved with every aspect of the 2016 competition and says that SIG Roofing and cafe customers alike can look forward to another exciting competition this year.

With voting opening in July, SIG Roofing and their branch teams are gearing up for the competition, which last year attracted 500 entries from cafes and tens of thousands of public votes.

Janine Brady concludes, “We’re delighted that our 2016 winners Gail and Chris Murray had such a great time in New York City and they are determined to defend their title in 2017. Everything points to a bigger and better turnout this year and we can’t wait to support all the cafes that enter through our local branches, with this national competition.”

Green Belt and the West Midlands Mayoral Election: what you need to know
Scroll to top