All News
You are here: Home1 / All News2 / Article3 / The evolution of energy

A potted history of the evolution of energy by Joe Bradbury

From fire to water, how mankind’s hunger for manmade energy has evolved from the first spark of flint on stone to process of nuclear fission taking place in nuclear power plant reactors.

Life is strange. So strange, in fact, that in a bid to prevent us from freaking out at every little thing, our survival instincts trick us into thinking that everything is perfectly normal. “Keep calm and carry on!” urges the human mind.

Adjust the angle of Earth’s axis by a couple of degrees and the planet wouldn’t sustain life. But set it just right… and see flora, fauna, fish, reptiles, mammals, MacDonald’s Drive Thru’s, cream teas, cars, planes, cities and reality TV stars spring into existence. It’s hard to appreciate the complexity of universal precision and synchronicity that is required for a chicken nugget to happen.

Homo erectus first stumbled upon fire around 2 million years ago. If this early version of man were to stand in the middle of Times Square NY now, all lit up at night, he would not even begin to comprehend the concept of shopping, let alone know how his humble discovery would lead to such an electrified spectacle. His simple world is now a circus.

For reasons outside of our understanding, the development of the human brain coupled with the harnessing of energy and the cultivation of its power has propelled apes to where we stand now, upright, as normal everyday gods.

There’s deep truth immortalised in the Greek myth of Prometheus, who stole fire from the gods and gave it to man. And lessons to be learned from his fate.

…how on Earth did it all happen!?

In the beginning there was light

Energy has existed since the beginning of time. During the day, the sun provided heat and light, therefore it was the initial source of energy. People rose and slept with the light, relied on wood and dung burning for heat, and water power to generate basic mills.

People lived this way for many years. Things started to change very quickly with the advent of the industrial revolution.

Our use of human-generated power at scale began with the Industrial Revolution. The majority of people credit Benjamin Franklin with ‘discovering’ electricity in 1752, when he realised that the sparks created by lightning strikes could be used to generate electricity.

Industrial Revolution, in modern history, can be defined as the process of change from an agrarian and handicraft economy to one dominated by industry and machine manufacturing. This process began in Britain in the 18th century and from there spread to other parts of the world.

Coal use becomes the norm

Coal has been used to power tools and machines since 1750, and James Watt patented the world’s first coal-fired steam engine in 1769. Steam engines grew more powerful and efficient as a result of this equipment, making them ideal for use in factories and mills where production rates could be increased.

A lot of the lessons we learned from coal generation led to widespread use of gas and its myriad applications.

The gas industry springs up

The gas industry in the United Kingdom began in 1812. When Frederick Winsor founded the first corporation in the world to develop a public gas works and deliver gas to clients through a network of subterranean pipes, Britain was still at war with Napoleon. This company opened up the gas industry, which would change the lives of millions of people as they had their first taste of dependable energy. 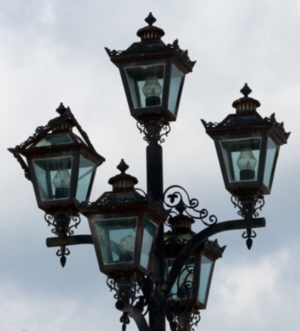 Gas was used to light London’s streets, and ancient gas-powered lamp posts may still be found in St James. By 1827, London’s network had supplied about 70,000 gas street lights.

What did the Victorian’s ever do for us?

When it came to energy, the Victorian era was a time when the world saw tremendous progress. In 1878, the first hydroelectric plant was built in Cragside, England, whilst in 1888, Cleveland, Ohio, saw the first windmill generate electricity. The Edison Electric Light Plant, the world’s first coal-fired power station, was erected in London in 1882 with the goal of providing light and warmth to London residents.

Into the 20th century and we see a flurry of electrical ingenuity. John Logie Baird gave the first public demonstration of the television in 1926 and the BBC then opened its doors in 1927. Electricity was now pumping to people’s homes and thanks to pylons, stylishly designed by architect Sir Reginald Bloomfield, the country is linked with electricity.

This leads us to the opening of The National Grid. A bold ambition, when you really think about it.

In 1935, the world’s first integrated national grid went live. Rather than having a slew of tiny power plants, the UK was divided into seven grid zones. Manchester, Leeds, Newcastle, Birmingham, Bristol, London, and Glasgow were among them. Energy supplies became more affordable and reliable thanks to the National Grid.

From past to present

Coal and gas continued to provide the majority of energy in the UK as the twentieth century progressed. Coal still provided 90% of all electricity in 1960. At the turn of the century, energy became more environmentally friendly, and the terms climate change and climate crisis became buzzwords. The world’s first windfarm was built in New Hampshire in 1980, while the UK’s first windfarm was built on the windy Cornish coast in 1991.

The push to renewables

All of this advancement (astounding as it may be) came at great cost. We’ve made a royal mess of our planet and now it’s time to clean it up.

The year 2019 marked a watershed moment in history. After years of relying on coal for energy, zero-carbon sources generated more energy than fossil fuels for the first time in both the UK and the US.

…something that wouldn never have even occurred to a 19th century industrialist!

Efficiency is becoming a much larger focus, and as such our energy need to be cost-effective, durable and low impact on the environment. A challenge, no doubt; but one that will benefit us greatly should we overcome.

Industrial revolutions continue to take place, hidden in plain view. The third revolution changed the world even further than the previous two, bringing about the rise of electronics, telecommunications and computers. These new technologies altered our reality drastically, opening the doors to space expeditions, digital research, and biotechnology.

Then, in 2017, something historic quietly happened; data finally surpassed oil in value. A new age?

The Fourth Industrial Revolution (4IR) is now well underway, and can be described as the coming together of multiple advances within the fields of artificial intelligence (AI), robotics, the Internet of Things (IoT), 3D printing, quantum computing, etc.

The term itself describes perfectly the ever-dissolving boundaries between the physical, digital, and biological. As technology and digitalisation gains pace, so too does our newfound dependency upon it; as such many products and services of modern life are quickly becoming indispensable. Where would we be now without GPS, virtual reality, BIM, robotics and social media? Are we hooked on innovation? Will it be the making of us or our undoing? …Only time will tell!

The Fourth Industrial Revolution is definitely paving the way for hugely transformative changes in not only our perception, but also the way we live and work on a day-to-day basis. Change is underway, radically disrupting almost every aspect of life.

It’s in the air. It’s tangible. It can be felt.

Each generation inherits the world from the last. We are now standing on the shoulders of giants. Our world incorporates vast towns and cities and a population of 7bn, most of which are entirely dependent upon manmade energy for survival. The ethics of this are becoming irrelevant. Responsible management of it is now key. 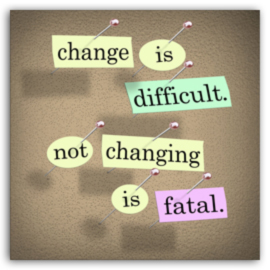 In order for life on Earth to survive and thrive, we must be open to change.

We’re living links in a chain; turning pages in the ever unfolding human story. Our role in it must not be that of a luddite. I believe we are smarter than that.

We must rise to meet life and take on the challenges of the day with respect and a sense of responsibility.

Right now one of the biggest challenges facing us is how we continue to use energy. Will it spell our doom? That would be the ultimate tragedy, for all of our progress to just stop. Especially when one considers that the rewards and benefits that energy and technology can bring to our lives could be countless.

If we’re here for all but a few blinks of the cosmic eye, we might as well attempt to get it right. Hadn’t we?