All News
You are here: Home1 / All News2 / Article3 / The Decaying British Steel Industry

It’s no secret the steel industry is in dire straits. Last year saw the sale of British Steel to Chinese firm Jingye. They paid around £70m for a business whose £1m-a-day losses have been supported by a government indemnity since last May.

Those remaining staff may begin to see big cultural changes in the way the business is run over coming months; Jingye was founded in the 1970s by Li Ganpo, a former Communist party official who built the group from scratch in a corner of the Hebei province famed for the role it played in the establishment of the People’s Republic of China.

Whilst British Steel was on life support, there’s something undeniably sad about the loss of British steelworks that have existed for around 150 years to big spenders from overseas. It’s a shame it came to it.

Now, the future of the third biggest producer of steel in the UK, Liberty Steel, also hangs in the balance, following the demise of its major financial supporter Greensill Capital. The Government refused a £170 million request for financial support, spelling uncertain times for the 3,000+ workers.

How important is Steel for Britain?

The importance of the British steel industry cannot be overstated and it’s collapse would apply crippling pressures elsewhere.

Steel is a “foundational industry”. Its products support a range of other industries, such as automotive, construction, infrastructure, etc. Plus, the loss of Liberty’s modern energy-efficient arc furnaces would be a big blow to the hope of ‘a more sustainable future going forward.

Financial analysists say that the Government is unlikely to step in with financial support given the complexities of GFG’s corporate governance arrangements, coupled with the high degree of risk.

It would be easy to lambast the government for this, yet the general public would undoubtably moan if that is where their money was spent.

The British population is currently in a heightened state of disproportionate fear. They want their taxpayers’ money to be spent on keeping them safe from a virus with a mortality rate that falls somewhere between 0.5% and 1%.

The government has had to borrow and spend many billions of pounds to fight coronavirus and protect the economy. Lockdowns have reduced the amount of money the government raises in taxes, even though the WHO themselves have questioned the effectiveness of them as a means for controlling the virus.

How will the debt be paid?

…By increasing our taxes and cutting spending!

So as long as this cycle of fear and debt continues, one cannot expect much state aid for the protection of assets, such as the British steel industry, meaning that unfortunately it is often being left to die or slapped with a ‘For Sale’ sign; a sad fate, for a once thriving industry that still employs over 33,400 people in the UK today.

It’s not just the steel industry that is affected

Steel itself is vital for just about everything we use. In buildings it makes up metal roofing, steel beams, reinforcing steel and mounting brackets. It is used in the creation of our vehicles. Our infrastructure is reliant upon it. Think bridges, steel safety barriers for roads, lighting and high voltage pylons, railings and railways etc.

The loss of an industry has a domino effect on other industries. Many argue that this is not just a crisis for the steel sector, but one affecting UK manufacturing in general, which accounts for roughly 10% of UK economic output. The plight of the British steel industry impacts on other allied sectors, such as steel processors, distributors, scrap metal dealers, metal traders and other metal product manufacturers. Not to mention the impact it will have on construction!

Are we expected to outsource all of our steel, post-Bexit, in a time of great scarcity of materials? …sounds expensive! 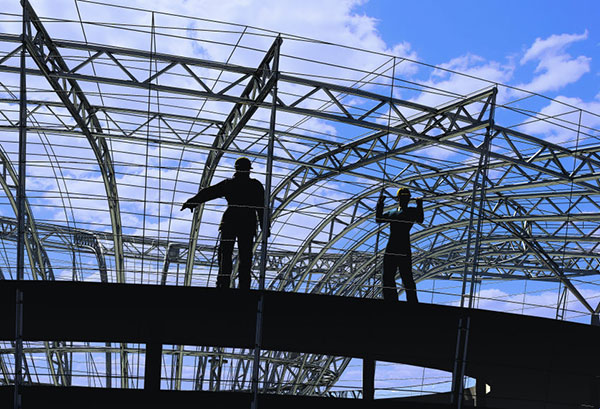 What can government do?

The industry claims that it knows what it needs: reduced business rates, a relaxation of carbon emissions targets for heavy manufacturers, (which doesn’t sound very progressive long term), more compensation for high energy prices, and a commitment that British steel is used in major construction projects.

But industry trade body UK Steel, says it still needs to do more. Gareth Stace, Director of UK Steel, told the BBC: “The work it’s doing to help us is good but we need much further action taking place to tackle the imports, the flood of Chinese steel into the UK and the European economy.”

“We need to see government and the European Commission tackling that head on and quickly.”

This seems so contradictory to a layman like me, when one considers that demand for steel has increased exponentially since the 1970’s. Even now, amidst our self-destructive reaction to the pandemic, worldwide steel demand will grow 5.8% to exceed pre-pandemic levels, according to the World Steel Association.

Nobody seems to have the answers.

To me, an outside observer of the construction industry and its various sectors, what is happening to UK steel is a tragedy, playing directly into the hands of overseas competition. If left to continue, we will become entirely reliant on imports at a time when we have burned many bridges.

Let’s hope something is done by government quick before we lose an industry that we are reliant upon and should be proud of.