All News
You are here: Home1 / All News2 / Building News3 / Pre-Budget briefing from industry experts 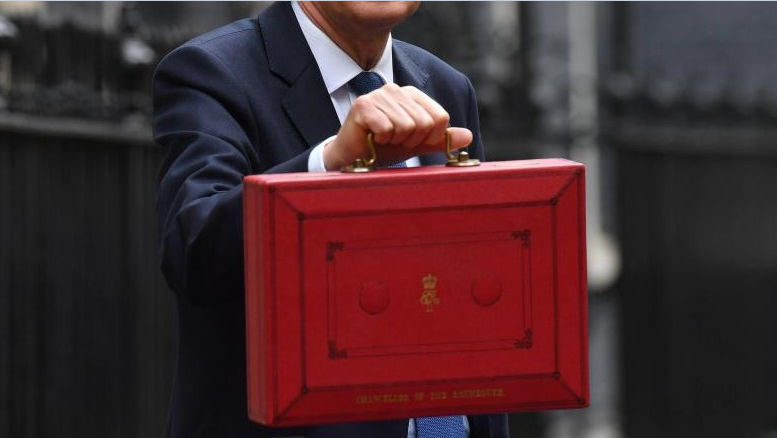 Housing is set to dominate tomorrow’s Autumn Budget, but it is not yet clear what type of Budget the Chancellor will deliver. Industry experts The Housing & Finance Institute have today published their pre-Budget briefing. The Housing & Finance Institute has laid down a marker for the government in identifying six potential budget themes – and some of the key policies we should look out for in the Chancellor’s statement.

What type of budget will it be?

1. The Big Build Budget: this budget would focus on the largest peacetime building programme since Bevan/Macmillan. Key policy changes would need to open up large land holdings and financial measures would need to substantially increase direct government funding as well as unlock manufacturing at scale, boost skills and boost all tenures from social rent to home purchase.

2. Next Generation Budget: this budget would focus on quality of life, quality of renting and cost of living issues for the ‘generation rent’. It could include wealth distribution support from older to younger generations.

3. Industrial Strategy & Growth Budget: while a ‘big build’ budget would be primarily about housing and be widespread across cities and county areas alike, an industrial strategy & growth budget would be about focusing resources on specific growth areas, such as the Oxford-Cambridge corridor, the Northern Powerhouse, London and the Midlands Engine.

4. Brexit Budget: housing within the Brexit context would be a greater focus on accelerating the application of large scale manufacturing and the build up of skills to meet the needs of housebuilding. It would also need to look at materials within a post Brexit customs and trade context, as well as energy and utilities innovation.

5. ‘Steady as she goes’ Budget: this is not the budget that is expected but it is possible. There is a something to be said for carrying on with an even tiller while everything else is being decided.

6. ‘Care & Repair’ Budget: against the backdrop of the Grenfell tragedy and challenges around elderly care and supported housing for vulnerable groups together with new homelessness duties coming into force and concerns about poor quality landlords, it can be expected that there will be packages of ‘care & repair’ around affordable and social housing, supported housing and remediation, alongside big build and growth commitments.

There are four broad areas that the Budget and supporting documents should cover from an industry and sector perspective: National Government, Councils, Housing Associations and Housebuilders.

To help you navigate the policy announcements we’ve set out what to look out for in relation to housing and housing related infrastructure.

The main theme of national government is expected to be a strong return to government direct intervention. This has been a dominant theme since Mrs May became Prime Minister, yet it hasn’t translated to large scale intervention. This could be the fiscal event to define what that looks like.

All of this will need a lot more money. The adjustment of housing associations out of the public accounts again gives a one-shot multi-billion pound room for manoeuvre for housing. The big question: will it see large central borrowing for a national housing & infrastructure fund to underpin the new muscular state or a huge extension of existing programmes delivered by housebuilders, councils and housing associations.

The runes say that this will be a ‘something for everyone’ budget – that could either be a crowd pleaser or fail to meet expectations that have seen the stakes raised around the £50 billion mark. Certainly, significant new funding in housing and related infrastructure is expected.

The Councils have made their strongest play for serious investment and a loosening of controls than for many years. In recent days, one reading of Lord Gary Porter’s media rounds suggests that the battle has been in full cry right up to the final clang of the Budget Red Box. Will councils be the victors – with off balance sheet treatment of council funding, billions of pounds of extra investment and extended borrowing and other powers?

For the housebuilders, this may be a budget of sticks as well as carrots. The Communities Secretary has land banking firmly in his sights.

Commenting in advance of the Budget, HFI chief executive Natalie Elphicke said “Housing is a political hot topic. There is an opportunity to capture the public mood and deliver the housing that the public want and need. We can therefore expect housing to dominate the budget, but the tone is vitally important. This budget needs to address ‘care & repair’ issues for housing, such as tower block safety and homelessness, as well as simply building more homes.

“The Chancellor can choose one of six options, or a mix of them. What is clear is that this is an opportunity for the Chancellor to be radical.

“The expectation is that this will be a ‘something for everyone’ housing budget – that could either be a crowd pleaser or fail to meet expectations. The stakes have been raised for housing commitments to be at an all-time high at around the £50 billion mark. With more than £20 billion already committed to housing over this Parliament, it is certain that we should see significant funding commitments for housing and related infrastructure.”

First Time Fix – delivering transparent, measurable results for our clients, their residents, and ourselves