All News
You are here: Home1 / All News2 / General News3 / NEXT DECADE PIVOTAL TO THE FUTURE OF CITIES 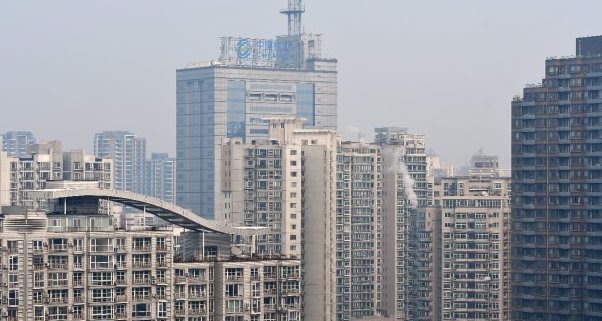 Carbon Intelligence’s Real Estate Commercial Director Oliver Light, said: “By not investing CAPEX (Capital Expenditure) now into a long-term net-zero strategy, not only will you (building owners) miss out on the short-term advantages associated with a building that drives high tenant demand, due to minimal energy costs, prestige, and ESG credentials, but you will also have to invest the same or more to deal with obsolescence as a result of non-compliance, voids, and capital deprecation of the building.”

“Today’s liquidity conditions mean valuations do not yet reflect the stark difference between buildings that are ready to support the low-carbon transition and those that are not,” says the Fidelity report.

“That won’t last forever, and owners who delay investment in retrofitting could come to regret it.”

Cityzenith CEO Michael Jansen said: “The next decade is pivotal to the future of the built environment in cities. Using SmartWorldOS, our advanced Digital Twin platform, building owners can reduce emissions to zero while increasing real estate asset value. We plan to demonstrate this as part of our ‘Clean Cities – Clean Future’ (CCCF) campaign while decarbonising urban areas worldwide.

“We will use CCCF to sponsor urban Digital Twin implementations in 10-15 major cities, helping commercial building owners dramatically reduce carbon emissions. New York City’s Brooklyn Navy Yard was the first to join the initiative. Phoenix (the fifth largest US city) is expected to follow next, along with many other cities.

“In each city, 5 to 10 major building owners will leverage Cityzenith’s ground-breaking technology to determine an optimal smart building and financial strategy to achieve net-zero emissions. The projects will track cuts in energy costs and emissions, productivity gains, and property values.”

Cityzenith aims to complete each project within nine months. Other project participants include city government agencies, universities, architects and planners.

Cityzenith is based in Chicago with offices in London and New Delhi. The company’s SmartWorldOS Digital Twin platform was created for anyone designing, constructing, and managing complex, large-scale building projects, properties, and real estate portfolios but has developed to cover infrastructure, energy projects, transport, health, people movements, and whole cities.

Unlocking a ‘Wall of Investment’