All News
You are here: Home1 / All News2 / Building News3 / Is the built environment making us fat? 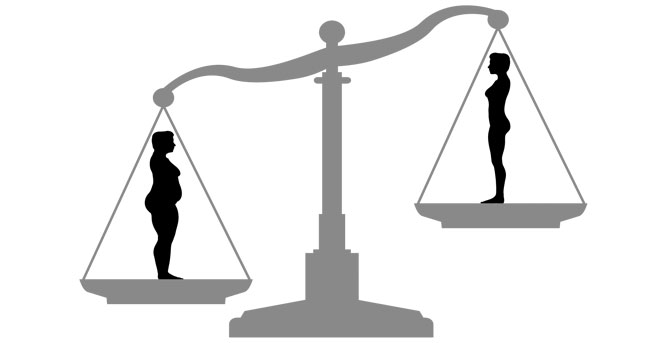 According to a 2007 Foresight report from the Government Office for science, approximately 65% of adults and 33% of children in the England are now obese. It is estimated that over half of the UK adult population could be classed as obese in as little as 5 years. Needless to say, tackling obesity has become a major social, economic, health and financial issue. Does the environment we live in influence our fitness habits?

Put simply, obesity is usually caused by eating too much and moving too little. If you consume high amounts of energy from your diet, particularly from fat and sugars, but do not burn off the energy through exercise and physical activity, much of the surplus energy is then stored by the body as fat.

The environment in which people live can directly influence the decisions that people make; often subconsciously. For the vast majority of people, exercise is merely a by-product of a busy day. We burn calories as we are shop, during our commute, play with our children or walk the dog on a crisp winter evening. The hectic nature of British society leaves people often too tired or with simply too little time to pursue the goal of a smaller waistline.

As bizarre as this question may seem, there is substance behind it. Bearing in mind that 80% of people are currently not undertaking what experts deem ‘necessary exercise,’ designers could play a vital role in keeping Britain slim by reassessing the environments that we all exist in.

In order to do this, planners would be required to collaborate with a wide range of other professionals across the building and construction sector, as well as fitness professionals and experts within the health field.

With obesity figures so high, where do we start?

So do we need to completely radicalise our infrastructure in order to breed a generation of Usain Bolt’s – with cities interlinked with rubberized running tracks? Surprisingly, no we don’t. Massive changes could be made using only small amounts of effort and a little attention to detail.

The idea would be to maximise the potential for casual exercise throughout the course of a normal day. This could be done by implementing very small changes, such as a well-placed sign indicating the direction of the stairs; all-to-often hidden in many public buildings. If a shop is within walking distance, people are more likely to leave the car behind. Offices can be made more fitness-friendly with the addition of a bike park and a few showers.

By incorporating cycle paths and pedestrian areas into urban designs, people would feel more inspired to walk or cycle to work, tackling the increasing obesity crisis, lowing carbon footprints and taking pressure off our roads, which are the busiest and most congested in Europe.

Parks and other green spaces also encourage people to exercise, as well as generally uplifting a person’s wellbeing.

How do we start?

The Town and Country Planning Association (TCPA) have today launched a resource identifying the potential for planners and public health officers to work together to support people to live lifestyles that will help them to maintain a healthy weight. ‘Planning Healthy Weight Environments’ presents an illustration of how a healthy-weight environment could be planned.

TCPA Chief Executive, Kate Henderson said “as the nation faces an obesity crisis, we can see that planning has an important role to play in helping to create high quality environments that offer opportunities for communities to make healthy choices and live healthier lifestyles. By reuniting public health with planning, and bringing together built environment and health professionals, we can work collaboratively to identify local health needs and tackle the obesity challenge.”

So could architects and planners halt the nation’s obesity crisis? Not on their own, but they can certainly help. Nobody wants to be obese; in order to reduce the alarming figures above the British public will ultimately need to change their behaviour, not just their surroundings. However, it’s very difficult to implement real change if our environment doesn’t encourage it.

Construction figures on the increase across February