All News
You are here: Home1 / All News2 / General News3 / Homeless families now outnumber new social homes by 8 to 1 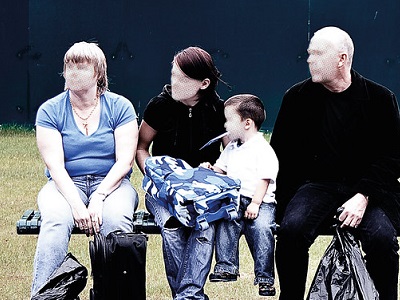 Analysis of the latest homelessness statistics by the National Housing Federation has found that for every one new social home built in England, eight families are accepted as homeless by their local council.

Government figures show that 42,810 families were accepted as homeless in England last year, 117 families every day, with more than two thirds of these single parents.

In comparison only 5,385 new social rent homes were built in the same period – equivalent to 14 per day.

Ten years ago, five more new homes for social rent were built every day than families accepted as homeless.

These homes are typically 50% of market rent and are therefore the most affordable and secure type of housing for these families.

Since councils have a legal duty to house children, homeless families are often housed in temporary accommodation. New National Housing Federation analysis has also found the number of children living in temporary accommodation has risen by 81% since its low point in June 2011, from 68,770 to 124,490 children. At the current rate of house building, it is likely to reach the highest ever recorded by 2022.

When social rent funding was halted in 2010, the number of new social homes being built plummeted. This has put a massive strain on available social housing, with increasing numbers of low income families left with no possible means of accessing a secure and affordable home. This has contributed to many more families ending up in temporary accommodation and staying there for longer.

In 2018 the government made its first commitment in ten years to building homes for social rent, but at £2bn this was only intended to build 25,000 homes over five years. Research by the National Housing Federation shows that England needs as many as 90,000 new social rent homes every year to house those most in need, including homeless families and those on waiting lists. This is over 17 times the number currently being built.

The National Housing Federation is calling on the government to invest serious amounts of money over the long term in building more social housing and to use the upcoming Comprehensive Spending Review to do this.

Kate Henderson, Chief Executive of the National Housing Federation said “The shocking disparity between the number of families made homeless every day and new social homes being built, puts into stark perspective how far away we are from meeting our housing need.

“Homeless families are just the tip of the iceberg, there are thousands more in equally desperate need, living in severe poverty, overcrowding and unable to afford their rent. This is having a lasting and detrimental effect on hundreds of thousands of children affecting their mental and physical health.

“This should be a massive wake up call for the government to take urgent action to increase the number of social homes being built every year, and commit significantly more funding for social housing in the next Government Spending Review.”

How can the construction industry reduce its plastic usage?
Scroll to top