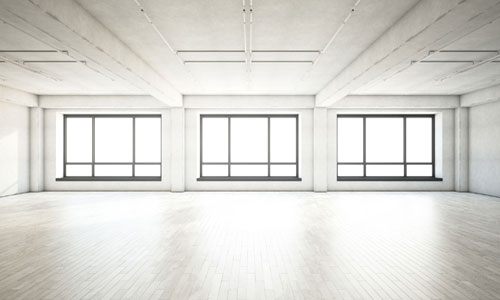 We find ourselves in the midst of a chronic housing shortage in Britain today. According to the National Housing Federation, there are an estimated 8.4 million people in England are living in an unaffordable, insecure or unsuitable home. The housing crisis was impacting all ages across every part of the country.

It’s deeply distressing that, across England, councils are being forced to leave the people they are trying to help on the streets or drifting from sofa to sofa – all because they cannot find somewhere safe and affordable for them to live. The Homelessness Reduction Act has made some good progress in preventing people from becoming homeless, but it’s worrying to see that it’s being constrained by a chronic lack of housing and cuts to housing benefit.

Could converting empty offices into homes be part of the answer?

In short, yes. But as with everything, there are caveats.

Demand for office space in the UK is predicted to drop by as much as 50% as across the board companies realise the cost-saving potential of flexibility post-Covid-19, according to a new report by commercial property specialists Instant Offices.

With 60% of the UK workforce working from home during peak-lockdown and millions of businesses struggling to cover overheads, offices across the country have been left standing empty and rental negotiations have stalled.

Alongside this, at least 320,000 people are homeless in Britain, according to research by the housing charity Shelter.

This amounts to a year-on-year increase of 13,000, a 4% rise, despite government pledges to tackle the crisis. The estimate suggests that nationally one in 200 people are homeless.

Shelter says its figures, which include rough sleepers and people in temporary accommodation, are likely to be an underestimate of the problem as they do not capture people who experience “hidden” homelessness, such as sofa-surfers, and others living insecurely in sheds or cars, for example.

It seems either cruel or incredibly disorganised that so many people are forced onto the streets, whilst at a vacancy rate of 4.5 per cent (57.6 million sq ft of empty space) the amount of unused commercial office space in the UK right now is almost 50 times larger than London’s O2 Arena, which is 1.2 million sq ft.

Workspace experts the Instant Group, said “Covid-19 has shown the world that we can cope with rapid changes to the way we all work, and as more businesses embrace flexibility, we’re going to see a permanent shift in the way an office can meet individual needs.”

If this is the case, will we also see a shift in the way we meet housing demand?

Two sides to every story

Not everybody thinks turning office space into housing is a good idea. Analysis by the Local Government Association earlier this year revealed that nearly one in 10 new homes over the last two years was converted from an office and included no affordable housing or supporting investment in infrastructure such as roads, schools and health services.

This is as a direct result of ministers expanding so-called “permitted development rights” (PDRs) five years ago to enable office buildings to be converted to housing with no need for planning permission, in an attempt to push forward construction of new homes.

Since then, more than 42,000 homes have been converted from offices under the provision in the past three financial years alone according to government figures, whilst the Royal Institution of Chartered Surveyors (Rics) posits the actual figure is likely to be closer to 95,000 PDR conversions from 2010 to 2017.

Over 30% of office-to-residential conversions have been in London — with more in Croydon than any other borough, government data show. Another third are in metropolitan areas, including Manchester, Bradford and Leeds. The rest reside in the more rural counties.

Since 2015, a total of 30,575 housing units in England have been converted from offices to flats without having to go through the planning system.

While this amounts to approximately 8% of new homes nationally, in some parts of the country it is responsible for around two thirds of all new housing.

The Local Government Association asserts that permitted development (which unlike new developments has no requirement to include affordable housing) has led to the potential loss of 7,644 affordable homes over the last two years.

As well as exacerbating the housing crisis, councils are now also warning that office space could dry up as a result, leaving businesses and start-ups without any premises in which to base themselves. How would such an obstacle affect an already fragile economy?

“However it is vital that councils and local communities have a voice in the planning process. At present, permitted development rules allow developers to bypass local influence and convert offices to flats, and to do so without providing affordable housing and local services and infrastructure such as roads and schools.

“Permitted development is detrimental to the ability of local communities to shape the area they live in.

“Planning is not a barrier to house-building, and councils are approving nine in 10 planning applications. But it is essential that councils, which are answerable to their residents, have an oversight of local developments to ensure they are good quality and help build prosperous places. The resulting loss of office space can risk hampering local plans to grow economies and attract new businesses and jobs to high streets and town centres.”

Croydon is one such place to be feeling the strain of rushed decisions. Known for its ageing office stock, the area has seen thousands of new homes created under permitted development rights. From 2015, the council used its powers to override the PDR provision so that office-to-residential conversions once again needed permission. But plans already rushed through will ultimately result in 2,708 new homes.

In a recent article for the Financial Times on the subject, Paul Scott, Croydon’s council cabinet member responsible for planning and regeneration, said “It’s totally unreasonable, and unprecedented in all other aspects of planning, to be able to build whatever you want. We are seeing units with no windows — we are building the slums of the future in Croydon now.

“We are seeing hundreds of substandard units in what were already fairly poor quality office buildings. To pretend that this is somehow responding positively to the housing crisis is a farce.”

We need more homes. But we need to avoid sprawl also. Private housing developers are closing in on our green spaces and making a packet, whilst somehow managing not to make a dent on the housing shortage in any meaningful way. With so many people homeless or living in temporary accommodation and this figure on the increase, I would say that we have to start using some of our office stock to meet bustling demand. However, it is clear to see that we need to do this in a smart way.

In my role as editor for Modern Methods of Construction Magazine I have seen the potential that offsite has to offer – not just in terms of new build, but also when it comes to repurposing an old building to make it fit for modern life. We have the technology and the knowhow; it’s in our hands.

Perhaps we need to develop a more healthy relationship with our current planning legislation, instead of seeing it as a barrier to overcome, by hook or by crook. Let’s change it so it works for everyone.

It is clear to see the potential that converting office spaces into homes has to offer 21st century Britain, but without collaboration and a strong desire to create decent homes at an affordable price at the core of our professional values, we run the risk of sleepwalking out of one crisis and into another. Let’s keep the conversation going and get this right, because it isn’t going away.

Building for a greener future: what more needs to be done?