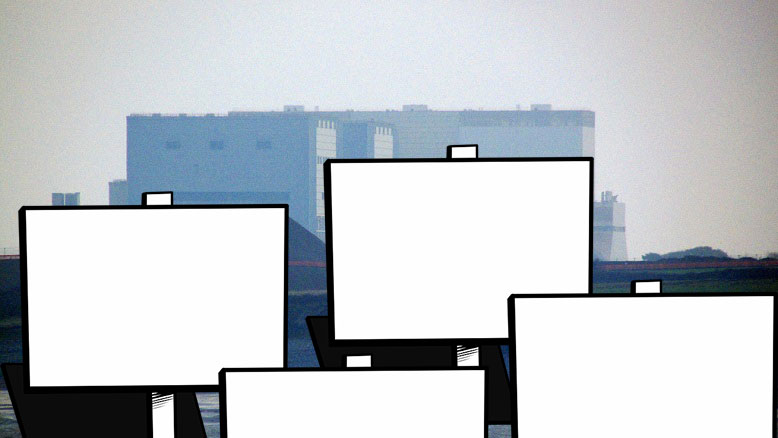 Construction workers employed at Hinkley Point have overwhelmingly rejected a pay offer in the longstanding dispute over pay and bonuses on the project.

The unions concerned, Unite and the GMB, will now go ahead with notifying the companies concerned of their intention of holding an industrial action ballot and then progress to ballot members for strike action.

The workers overwhelmingly rejected the proposed pay increase, with over 95 per cent voting against the proposals in a consultative ballot. Members were told that the rejected offer was the best that could be achieved “through negotiations”.

Negotiations on the pay offer have involved the client EDF and the main contractor BYLOR (the principal contractor Laing O’Rourke and Bouygues TP) as well as the unions.

A ballot for strike action was called off in June after an interim agreement on bonus payments was agreed. The three month agreement was extended into September in the hope that a permanent deal could be made.

One of the principal issues is that the pay rates for workers on civil engineering contracts are significantly below the rates of workers covered by the mechanical and engineering (M&E) contract.

Unite national officer for construction Jerry Swain said “Members have made their views clear; the unions warned the amount of money being offered was not sufficient and this has proved to be the case.

“The client and contractors need to understand that this is a high profile, complex project, built in a tightly controlled secure zone, which is being built in an isolated part of the UK. It cannot and will not be built on the cheap.

“For too long the construction industry has treated workers on civil engineering projects as the poor relations and these attitudes are no longer acceptable. The employers have set the benchmark with the mechanical and engineering agreement they need to come forward with an offer that meets our members’ expectations.

“There is a window between now and the commencement of any industrial action to still resolve this dispute, provided the client and the contractors come back with an improved offer. The unions are fully prepared to return to the negotiating table if an improved offer is put forward.”

Phil Whitehurst, GMB national officer for construction, said “The ballot result is a clear indication that the national officers of both GMB and Unite have to get back round the table with EDF as matter of urgency.

“We will be seeking meetings with EDF as soon as possible to solve this situation on behalf of our members.”