High demand for workers in the construction, transport, manufacturing and food industries means wage growth in those sectors is far outstripping that in the rest of the UK economy1, new research from the world’s largest job site Indeed and the Central Bank of Ireland shows.

Average advertised salaries in construction, which has seen the highest salary growth over the past five months, rose by 6.7% between February and July. That’s more than eight times the 0.8% average recorded for all jobs.

Salaries for driving jobs are also up strongly (5.7%), while manufacturing sector wages have risen by 4.8% and food preparation and service jobs are paying 3.7% more than they did in February when the UK Government announced its ‘roadmap’ out of lockdown.

The sectors recording the biggest salary increases are those in which employers’ need for extra staff, and thus the number of job postings, have risen rapidly as lockdown restrictions eased, but where the supply of candidates has not kept pace with demand.

Chart: Occupations with the fastest growth in job postings this year 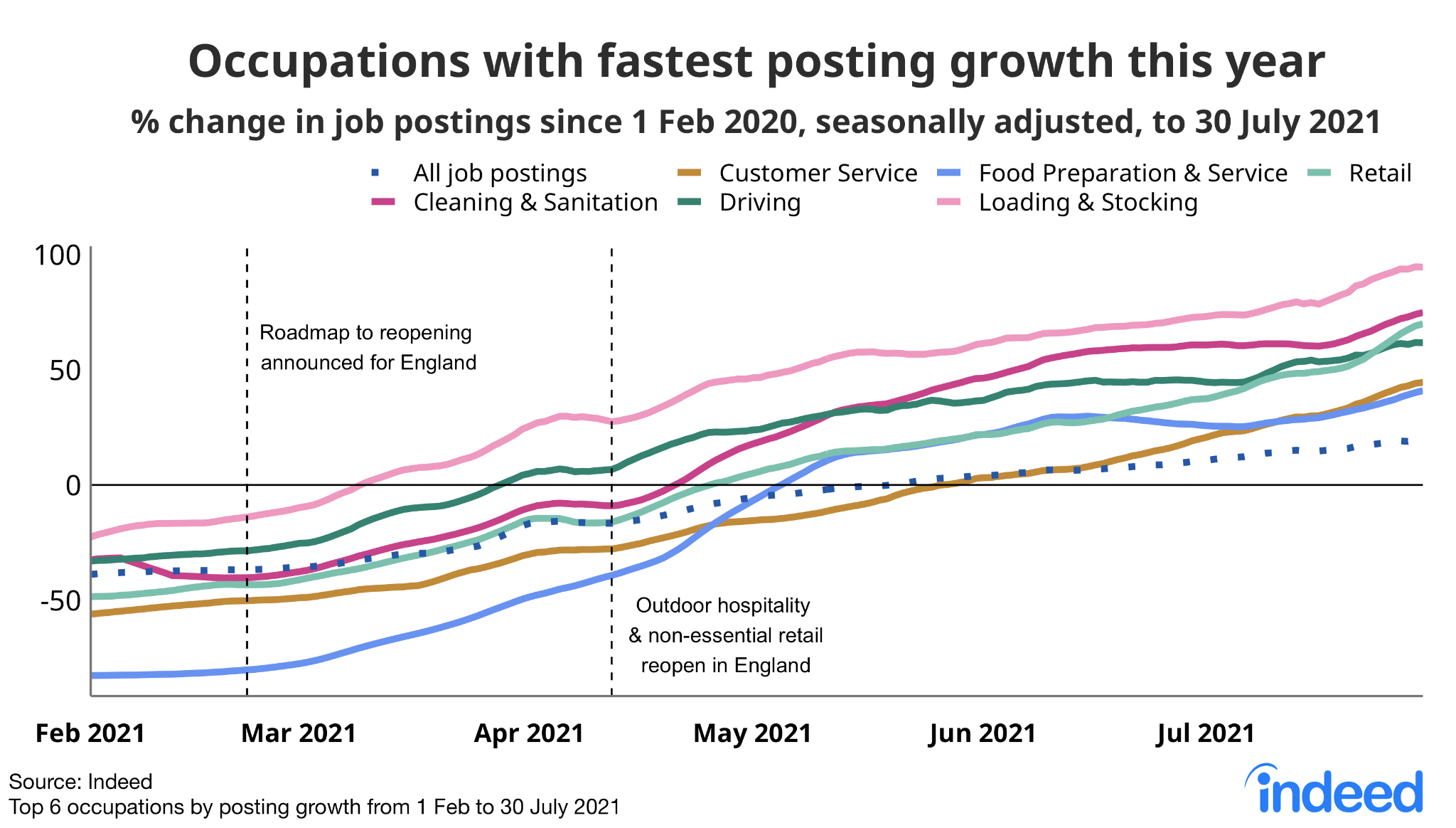 The sectors seeing the fastest growth in postings include cleaning and sanitation, customer service, driving, food preparation and service, loading and stocking, and retail.

However, this demand is not being fully met as the number of clicks from jobseekers per posting has fallen by 52% for food preparation and service roles, 37% in cleaning and sanitation and 30% for loading and stocking jobs. Candidate clicks on construction jobs have also dropped by 27%2.

Table: Posted wages have grown in occupations where clicks have fallen 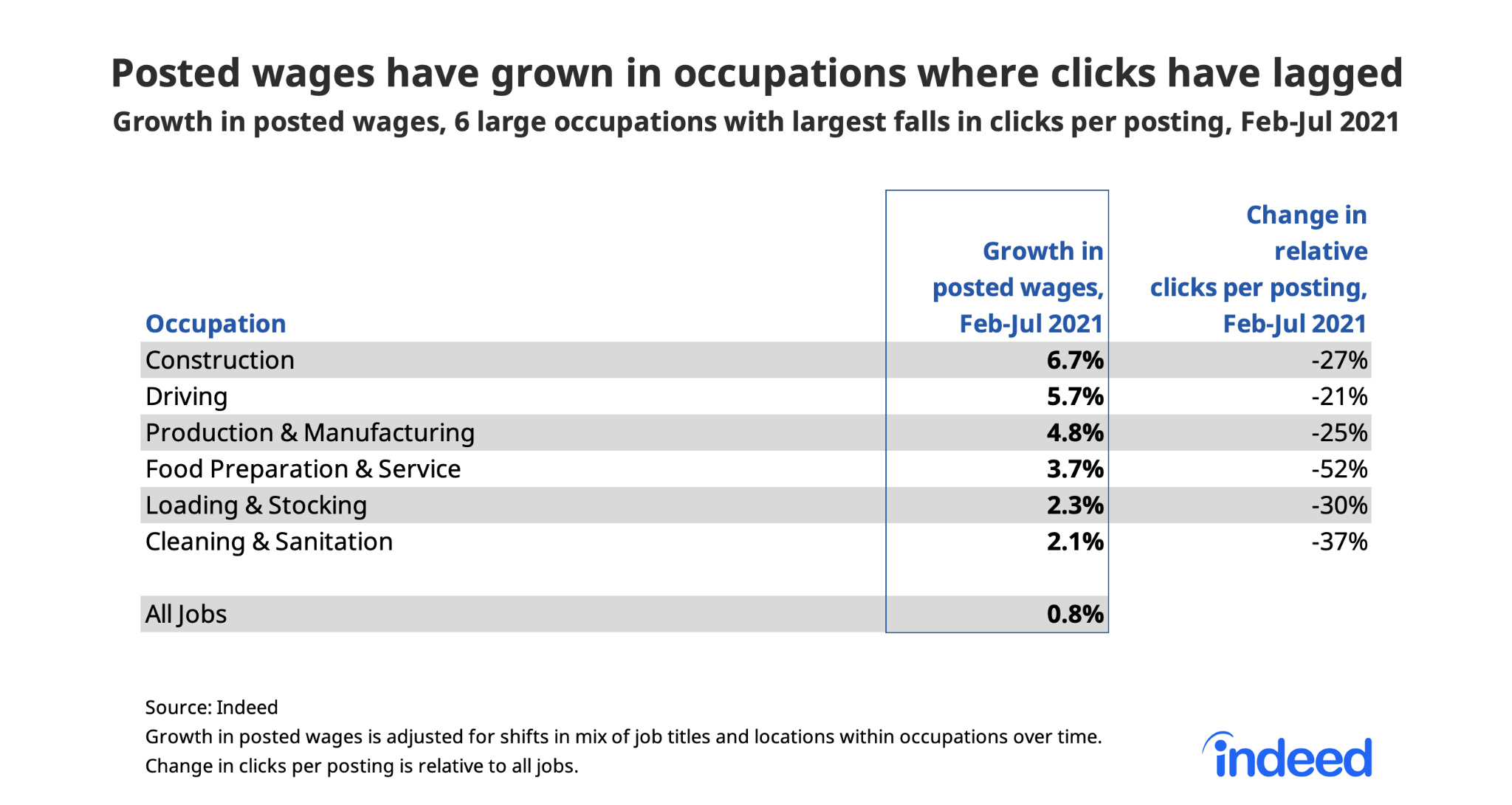 Pawel Adrjan, head of EMEA research at the global job site, Indeed, comments: “Hiring bottlenecks are driving up wages in some sectors of the economy as employers use pay as an incentive to attract candidates and beat their competition to the best people.

“Historically, low interest in jobs has always translated into increased salaries, but what is unusual about the 2021 recovery is that demand for workers increased suddenly, coinciding with the re-opening of the economy – and employers appear to have responded swiftly.

“However, the surge in advertised salaries is limited to a few specific sectors which have a severe shortage of candidates. Elsewhere in the economy, wage growth is much more modest as the labour market still has not recovered fully.”

Reamonn Lydon, senior advisor at the Central Bank of Ireland, added: “Understanding which sectors of the economy are seeing the fastest growth in wages, and why, is important for central banks as they monitor inflation dynamics.

“Our research shows that wages are growing faster in sectors where employers are finding it harder to get workers – in construction, driving, food services, manufacturing and cleaning and sanitation.”