All News
You are here: Home1 / All News2 / Building News3 / Britain sees increase in number of high-rise buildings 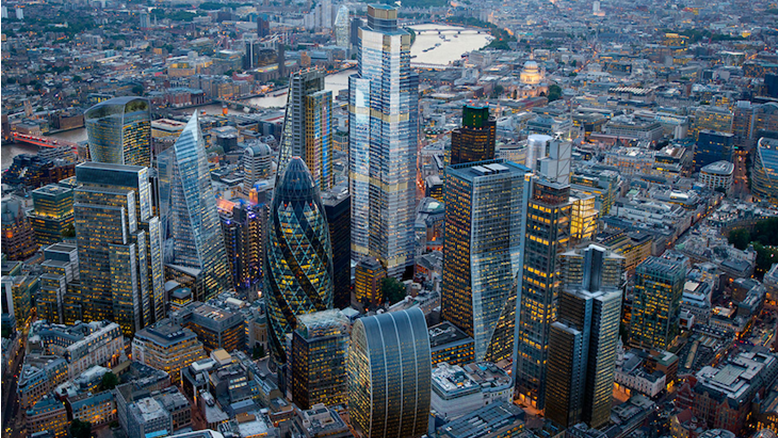 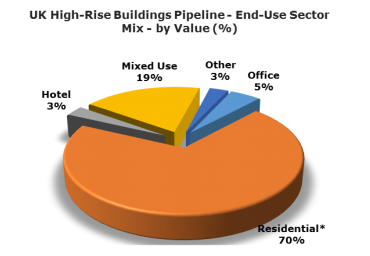 Unlike other international cities, London is considered ‘low-rise’ for a global city and financial capital of the world; with the pace of high-rise development way behind other global cities. However, in recent years, there has been an increase in the number of high-rise buildings proposed and approved for construction in the UK. The UK development pipeline currently stands at around 500 buildings, of which over 85% are planned in London, while the rest are clustered in key cities such as Birmingham, Liverpool, Manchester and Salford.

In terms of end-use sector, around 70% of high-rise buildings currently under construction or under consideration across the UK are primarily residential, but with an element of mixed-use, e.g. retail, community or leisure.

In London, the high-rise market is being driven by the buoyant private housing sector, especially at the top-end of the market, and resurgence in demand for commercial property. The concept of high rise living has changed and the majority of high-rise residential tower blocks in UK cities are now being developed as luxury accommodation, targeting a very different demographic and being developed with a mixed-use element incorporating leisure facilities, concierge services, restaurants and retail.

Hayley Thornley, Research Manager at AMA Research says “Going forward, the high-rise construction market is set to continue to grow, with the ever-increasing demand for housing. However, there are concerns about too many projects aimed at the luxury end of the market, which is not matched with housing demand. In addition, the uncertainties surrounding the EU referendum may influence some high-rise schemes, with many projects in the pipeline forecast to exceed stated completion dates.”

The proportion of mixed-use schemes in the high-rise buildings pipeline is set to grow, with around 18% of developments either under construction or proposed with a mixed-use function. In the office market, rising take-up, low availability of grade-A space and increasing rents in cities such as Manchester, Bristol, Birmingham, Leeds and Edinburgh, is helping to boost output in the commercial office sector and has led to more speculative building.

Sustained growth in the private rented sector (PRS) is also driving the development of high-rise housing, with increasing financial backing from both domestic and foreign institutional investors. Student accommodation also forms a small, but significant proportion of high-rise building development with a number of schemes currently in planning.

OPINION: Materials handling industry is at the mercy of Brexit
0 replies

Armstrong Ceilings prove their metal for the Metropolitan Police Service

It’s time for the construction industry to consider alternative mater...
Scroll to top