All News
You are here: Home1 / All News2 / Product News3 / Interiors4 / ARCHITECT EMBRACES THE HEALTH BENEFITS OF TITON’S NO2 FILTERS 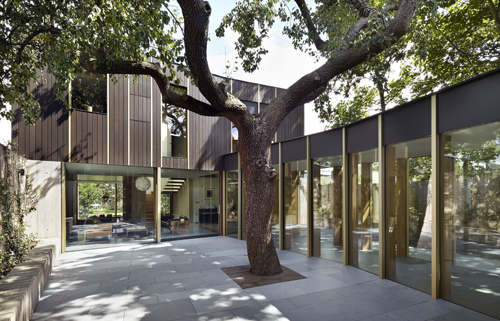 Two Titon HRV10 Q Plus units with Trimbox NO2 Filters® have been installed as part of unique self-build project in East Dulwich, London.

When architect Jake Edgley began building his own six-bedroom house, he included a mechanical ventilation with heat recovery (MVHR) system as part of the design, alongside other ‘green’, environmentally-friendly measures, including non-toxic paint and flooring.

The 400m2 house was constructed in two halves, each built around a tree, with one MVHR system covering each half of the property. As Jake designs and specifies homes as part of his job, he often experiments with different products on his own property. Having included Titon’s ventilation systems on a number of projects during the last ten years, he was already fully aware of the company’s product offering.

Commenting on the decision to have nitrogen dioxide filters added, Jake said: “We noticed if a neighbour lit a bonfire or a barbecue, the smell would still enter the house. Fortunately, I had seen the Trimbox NO2 Filter® on the Titon website, so I made enquiries into the possibility of adding one to the ventilation system.”

The bedroom area had the Trimbox NO2 Filter® added first, and the Edgley family were so impressed with the results, a second unit was installed to the other half of the house six months later. 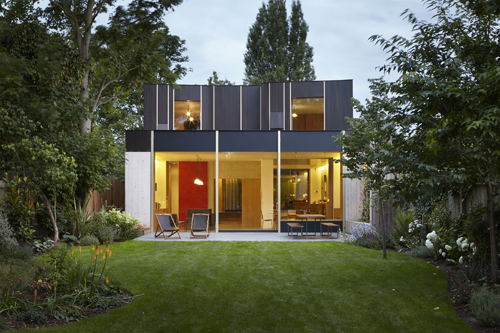 Jake explained: “The Trimbox filters work amazingly well, they have completely eradicated any smells coming in from outside. In fact, if we smell smoke outside, we just close all the doors and windows, and there is no trace of any odour indoors. The MVHR unit is already a good dust filter and this is improved by the Trimbox, and we’ve also noticed the Trimbox acts as an excellent attenuator to any noise from the MVHR unit. Then there’s the added benefit of knowing the units are filtering out any pollutants so, despite being located about 60 metres from a road, the air inside the house remains clean and healthy.”

Jake now certainly practices what he preaches, as his positive first-hand experience has led him to include the Trimbox NO2 Filter® as part of every new build domestic ventilation system specified by his company, Edgley Design.

“The Trimbox is a great product, particularly in London areas,” he concluded. “Given the rise of environmental toxicity over recent years, we always encourage domestic clients to put MVHR systems into new build homes. Including the Trimbox as part of the system should make perfect sense to homeowners, especially given its capacity to remove diesel particulates and filter toxins from indoor air.”

Titon developed the Trimbox NO2 Filter® to complement its extensive range of HRV Q Plus Eco MVHR units and combat the high levels of nitrogen dioxide found in exhaust gases from diesel engines. The filter incorporates balanced flow technology to provide class leading absorption of NO2 and is available in two duty sizes (depending on the duty required). The product is effective in reducing NO2 to an acceptable mean annual concentration level of 40µQ /m3, while vastly improving indoor air quality (IAQ). Independent tests have demonstrated the Trimbox to absorb 98% of NO2, not only in normal, continuous ventilation mode but also at ‘boost’ or higher ventilation rates.*

For more information about Titon and its range ventilation systems, visit: www.titon.com 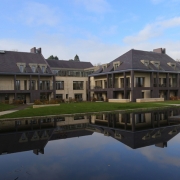 Titon Sonairs bring the sound of silence to Kingstone Grange 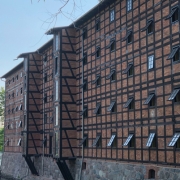