All News
You are here: Home1 / All News2 / Article3 / An update on fuel poverty

We are living in trying times. The rapid rise in energy prices pulls good people into bad debt in order to pay for basic essentials like heat and water. Despite living in an age of enormous luxury, many people appear to be surviving Britain on a day-to-day basis. According to recent surveys, food bank use has risen significantly in the last year, indicating how pitifully welfare funds fail to meet basic living expenses. For many people, the option between heating and eating is a very real one. Buildingspecifier.com’s Joe Bradbury investigates:

What is fuel poverty?

Fuel poverty is defined as a family’s inability to afford to heat their home to a safe and healthy temperature.

According to the most recent definition, the number of families in fuel poverty is 3.66m.

488,000 households are expected to fall into fuel poverty as a result of the current price cap increase, which came into effect on 1st October 2021.

Nearly half of low-income households continue to live in energy-inefficient houses, with activists warning that progress is falling well short of what is required to bring people out of fuel poverty by 2030.

How is it measured? 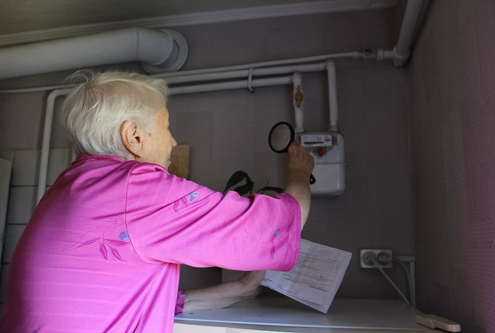 Fuel poverty is measured in England using the ‘Low Income, Low Energy Efficiency’ indicator. A family is termed fuel poor if they live in a home that has a fuel poverty energy efficiency grade of D or lower, and if they are left with a residual income that is below the official poverty threshold after they spend the needed amount to heat their house.

The fuel poverty gap, which is a measure of the additional fuel expenses a fuel poor family confronts in order to be judged non-fuel poor, is used to determine the level of fuel poverty.

Fuel poverty in a pandemic

Fuel poverty puts households at greater risk of Covid-19’s harshest consequences. Mold and dampness are linked to a 30-50% rise in respiratory issues.

Warm homes, on the other hand, assist immune systems fight viruses more effectively, increase the possibility of those with viruses only experiencing ‘mild’ symptoms, and speed up the recovery process.

In order to protect the NHS and care services, it will be critical to reduce preventable ill health caused by cold homes.

The economics of fuel poverty

The government has set a deadline of 2023 for improving energy efficiency in our houses in order to help avoid disastrous climate change. However, it is estimated that at this current rate, the Government will miss its target of upgrading all fuel poor homes in England to an EPC Band C by 61 years.

How much would it cost per year to meet the government’s goal of upgrading all fuel-inefficient homes in England to a Band C EPC rating by 2030? The answer is approximately £1.2 billion, significantly higher than the £640 million set aside by the government each year to make the coldest homes more energy efficient.

However, tackling fuel poverty effectively would see a return on our investment. Economists suggest that the return on investment from insuring the UK’s housing stock could be as high as £8.7 billion. Plus, 26% of gas that could be saved if all residences were made more energy efficient (at least Band C).

The Government’s new Heat and Buildings Strategy was announced last week and has had a mixed reaction, with many anti-poverty and climate change campaigners pointing to significant shortcomings in the final announcement.

A spokesperson for the End Fuel Poverty Coalition, commented “For millions of households who desperately want and need to improve their energy efficiency by switching to heat pumps, the promised government money won’t be enough. While costs for heat pumps will come down in time, the level of grant available at present is nowhere near enough for households already in fuel poverty.

“Coming on the back of the damning Committee for Fuel Poverty report, which suggested that government investment is not targeted at those who need it most, it would appear that the Government has yet to learn lessons from the past.

“The government also needs to confirm what has happened to the missing billions, which is the gap between the investment announced and the levels of investment promised in the Conservative Party Manifesto at the last election.

“We hope the Comprehensive Spending Review will offer more support for families in fuel poverty and plug the gap between funding that has been promised and that which has been delivered.”

Fuel poverty is a yearly cycle of misery for those who are affected. In order to get through the winter, many tenants resort to intermittent use of their central heating or the use of modest space heaters instead. Unfortunately, this frequently results in significant amounts of condensation in a home, with tiny areas of the house being warm while the rest of the house is cold. Mould and moisture thrive in the optimum environment when cold air meets warm surfaces, resulting in ill health and property damage.

Fuel poverty puts a huge strain on hospitals and doctors’ offices all around the country. This is not just due to the physical and mental effects of living in a cold home, but also because it can lengthen the time a vulnerable patient spends in the hospital, with some patients not being freed until their home is refurbished to a habitable state. The NHS is expected to be burdened with £1.36 billion in annual costs as a result of the impact. It’s also a known cause of the 25,000 extra winter fatalities in England and Wales each year. As the population ages and pensions dwindle, so will the health risks and costs associated with it.

Unfortunately, coupled with the price cap, the gap between action and aspiration to provide warm homes appears to be widening. Something must be done. Everyone is entitled to a warm house.