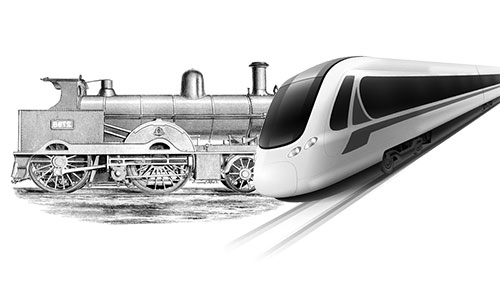 Eagle-eyed history buffs from the North West may already be aware of an important anniversary that occurred on September 15.

On that date in 1830, two of Britain’s true Northern powerhouses were forever linked when the first journey on the Liverpool to Manchester railway line took place between Edge Hill and Liverpool Road stations, respectively.

It was the world’s first inter-city railway line and its introduction would prove to be one of the true seminal moments in Western history. The railway would link the port of Liverpool, then arguably the world’s most significant mercantile hub, with the town of Manchester, the epicentre of the world’s textile industry and would shorten journeys from 36 hours by canal, to just four.

The brainchild of George Stephenson, much like the oft-criticised HS2 of modern times, its establishment had been years in the making and not without its fair share of critics.

In the House of Commons in April 1825, Edward Alderson, the counsel employed by those in opposition to the railway stated “this railway is the most absurd scheme that ever entered into the head of a man to conceive” and made pains to suggest that the money it would require in order to be brought to fruition, some “£400,000 to £500,000”, was not safe in the hands of engineer George Stephenson who he claimed was either “ignorant” or “something he would not wish to mention.”

To those of us that have witnessed the widespread derision of the costs involved in bringing HS2 to fruition, this kind of criticism will seem only too familiar. Within a year, perhaps reluctantly, Stephenson’s plans would be met with approval, the move becoming proving to be the catalyst that would irreversibly make the world a much smaller place over the course of the next decade.

Within a month of the first journey between Liverpool and Manchester by rail, the number of passengers using the service had reached 1,200, wildly outstripping the initial estimates of 250 made by Stephenson.

A reporter in the Observer in September 1830 made the canny observation that prior to the railway, “goods would arrive in a shorter time from New York to Liverpool than they could afterwards be conveyed from Liverpool to Manchester.”

Today, it is difficult to a imagine a world untouched by the ingenuity of those involved in the development of the railway.

There are clear parallels to be drawn between the tumultuous times we are now facing, with an unpopular Prime Minister overseeing our largest political crisis in living memory and the fraught period in British history that was the 1820s.

In fact, in response to the Peterloo Massacre of 1819, Prime Minister the Duke of Wellington, who had journeyed north to witness this piece of industrial history, had been met with jeers upon his emergence from the carriage that transported him and other dignitaries to Manchester. 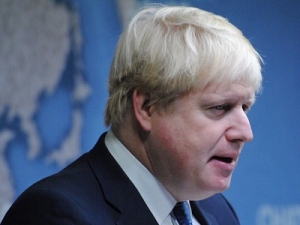 This invites obvious comparisons with his modern-day incumbent, Boris Johnson, who himself faced vocal opposition to his presence in the north, most notably in Doncaster, as he hit the campaign trail this month ahead of a yet-to-be-announced general election.

During Johnson’s largely derided visit to the North, questions abounded regarding the status of the much-vilified HS2, which plans to connect the north with London via high-speed rail. Forming part of the Northern Powerhouse development, official estimates calculate that the scheme will cost £56bn to complete.

The Northern Powerhouse development had become one of the flagship policies of the Coalition Government of 2010-15 and David Cameron’s subsequent majority Government that existed until 2017.

However, in recent times, questions have been raised regarding the true status of the programme. Although the most recent Northern Powerhouse Convention of the North, held on September 13 in Rotherham, attracted representatives from over 300 companies including Santander Group, Vodafone, New Balance and Rolls Royce, any tangible progress has been decidedly slow for a scheme once given such high-profile backing by two previous Governments.

In fact, a report carried out by left-wing think tank IPPR North showed that “current or planned expenditure on transport infrastructure per head of population is £1,943 in London and £427 in the north of England.”

With this considered, it appears that claims that the Northern Powerhouse has been at best put on the backburner or, at worst, quietly shelved by the current Government, may carry a good degree of weighting.

In some ways, this is where the importance of the much-derided HS2 takes on such critical status. For the wide-ranging criticism the scheme has received since it was announced, it undoubtedly holds the key to reviving the stuttering Northern Powerhouse scheme; giving the North a slice of the proverbial pie that the South East has been feasting on since the days of Margaret Thatcher’s premiership.

However tenuous the links are, the parallels that do exist between HS2 and George Stephenson’s railway are striking.

Just as the railway between Edge Hill, Liverpool and Liverpool Road, Manchester helped turn the North West into the industrial epicenter of the Western world in 1830, HS2 has the power to catapult the region into worldwide economic significance once more.

HS2 might not change the world like George Stephenson’s railway once did, however, to the Northern communities that have felt left behind by the South East over the past 30 years, it might well feel that big.

A PROTEUS FAÇADE FIT FOR A KING

We need to modernise our tired commercial buildings
Scroll to top