All News
You are here: Home1 / All News2 / General News3 / £120m investment for cultural infrastructure 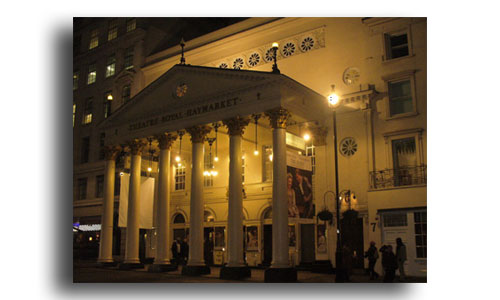 The British government has announced a rescue package worth £1.57 billion to help the UK’s arts and culture sector weather the impact of the coronavirus.

The measures – which follow Thursday’s #LetTheMusicPlay campaign that saw the UK music industry come together to call for immediate government assistance for the live music business – will see emergency grants and loans extended to a range of creative and heritage businesses, including live music and entertainment organisations.

The package, described by HM Treasury as the “biggest-ever one-off investment in UK culture”, includes:

A £1.15bn “support pot” for cultural organisations in England, delivered through a mix of grants (£880 million) and loans (£270 million)

£100m of targeted support for ‘national cultural institutions’ in England, such as galleries and museums, and the English Heritage Trust

The devolved administrations in Northern Ireland, Scotland and Wales will also receive extra funding, of £33m, £97m and £59m, respectively.

The repayable finance will be issued on “generous terms tailored for cultural institutions” to ensure they are affordable, according to the Treasury.

The government says decisions on funding awards will be made in consultation with “expert independent figures” in each sector, including bodies such as the British Film Institute, Arts Council England and the National Lottery Heritage Fund.

Announcing the package, culture secretary Oliver Dowden – to whom the #LetTheMusicPlay letter campaign was addressed – describes culture as the “soul of our nation”. “I said we would not let the arts down,” he says, “and this massive investment shows our level of commitment.”

Further details of the scheme will be available when it opens for applications in the coming weeks.

Live Nation’s Phil Bowdery, chair of the UK’s Concert Promoters’ Association, comments: “On Thursday the live music industry came together in an unprecedented way to ask the government for support, and so this announcement is both timely and warmly welcomed.

“We asked for three things, and today it looks like the first of those – a financial support package – has been granted. We’re looking forward to clarification that this package safeguards our whole ecosystem – from our artists and crews, to our festivals, venues and many professionals – and working closely with the government to deliver it.

Fastest Rise in Construction Activity for 2 years
Scroll to top